The last major American carrier will finally be offering Android Phones – AT&T today announced that in the first half of 2010 they will launch 5 Android Phones from Dell, HTC and Motorola!

This is amazing news for American consumers who until now have had limited Android options on only select carriers. For quite awhile T-Mobile was the only US Carrier in the Android race and Sprint followed shortly after. When Verizon – the nation’s largest carrier – began an all out assault on the mobile market with their Droid campaign, there was no turning back. Now AT&T looks to capitalize on the growth and excitement of Android by offering a full portfolio of options.

What will those options be? We can’t be sure… but it seems as if at least 3 will be options exclusive to AT&T. Directly from the press release:

Anyone have guesses? I think its safe to say the Dell smartphone will be the Mini 3i and “exclusive” meaning here in the states. I’m excited to see how the phones stack up to existing options but even more eager to see how this will affect the iPhone on AT&T.

How will AT&T position Android vs. the iPhone? Here is the full press release from the announcement:

AT&T Launches Major Initiative to Bring ‘Apps to All’

AT&T today announced plans to launch five new devices from Dell, HTC and Motorola based on the Android platform. The company also announced a major initiative to expand the universe of mobile applications beyond smartphones to more mobile phones – and spur future app development for emerging consumer electronics devices, its U-verse TV platform, and enterprise and small business workplaces.

* New devices that will give customers the most robust choices of major operating systems (OS), including Android™, in the U.S.
* A goal to offer all major smartphone OS app stores
* An agreement with Qualcomm to standardize apps development for mid-range Quick Messaging Devices using BREW Mobile Platform. These devices are used by millions of customers who historically have not had the same convenient access as smartphone customers to the market’s hottest apps
* A new AT&T SDK (software developer kit) to help developers immediately begin to develop apps for these devices
* A significantly enhanced developer program and new relationships with global carriers that are intended to make it easier for developers to distribute apps in markets outside the U.S.
* Future initiatives to enable developers to create more apps for AT&T’s U-verse TV, emerging consumer electronics devices, and businesses
* A new AT&T Virtual Innovation Lab and two new Innovation Centers, which will help developers and spur apps development

“Applications help consumers realize the full value and benefits of mobile broadband networks, services and devices,” said Ralph de la Vega, president and CEO, AT&T Mobility and Consumer Markets. “Today some AT&T customers can take advantage of more than 100,000 apps – but only if they have the right handset. Our goal is to bring more apps to millions more of our customers who want convenient access to the market’s hottest apps. At the same time, in the future, we plan to go well beyond mobile devices to spur apps development.”

Extend Smartphone Leadership
AT&T will further its leadership in smartphones with the planned launch of five new devices from Dell, HTC and Motorola based on the Android platform. Those devices, which are scheduled to be available during the first half of 2010, include:

AT&T customers with these devices will benefit not only from the nation’s fastest 3G network but also the ability to simultaneously talk on the phone while surfing the Web or reading email. Customers can sign up for email notifications as more details are available at www.att.com/android.

In addition, AT&T announced its goal to lead the industry in application choices for smartphone customers by offering all major app stores. It will preload the corresponding store for each device — giving customers convenient access to thousands of apps optimized for their smartphone. Today, AT&T added to existing agreements with Nokia for Ovi store and Microsoft for Windows Marketplace by announcing an agreement for Android Market. It expects to announce more app store agreements in the near future and will offer carrier billing as an easy and convenient payment option for as many stores as possible.

AT&T customers with these devices historically haven’t had the same convenient access as AT&T smartphone customers to thousands of compelling, new applications. Since AT&T launched its pioneering line-up of Quick Messaging Devices in fall 2008, about 30 percent of the company’s postpaid customers who are new or upgrading have purchased this type of device. AT&T is committed to spurring innovation and apps development for the millions of customers in this category.

Quick Messaging Devices are integrated devices that are value priced and texting centric; they have full QWERTY keyboards, either physical or virtual, and, since this past fall, full Web browsing capabilities. Customers with these devices are more likely to demand apps, subscribe to messaging and data plans, and are a large potential market for application developers, according to AT&T research.

“Today, developers must essentially rebuild apps for different handsets and operating systems, increasing their costs, slowing the pace of innovation and stalling the delivery of mobile apps to customers,” Christopher said. “We want to tear down the barriers and make it much easier for developers to reach our customers – and for our customers to access apps. Moving to one platform for this fast growing segment of devices will help developers reach millions more customers who want easy access to the hottest mobile apps.”

Taking the AT&T Developer Program to the Next Level
AT&T has a longstanding commitment to the developer community. It was among the first major carriers to offer a developer program and has been rated the top carrier development program for the past three years by Evans Data. Today, AT&T executives also announced plans, including some launch schedules, for a series of new or enhanced developer resources including:

Technical support for developers via live chat — something no other carrier, operating system provider or handset maker offers today – and a tripling of overall tech support by mid-2010.

* Revenue share featuring a standardized 70/30 split for third-party developers in the AT&T App Center.
* AT&T Sandbox, a virtual network environment for developers to test and evaluate applications, which is planned to be available in 2Q 2010.
* AT&T Developer Dashboard, a tool that will let developers track the status of their app once submitted to AT&T, support digital signing of business agreements with AT&T, allow developers to set prices for their apps, and provide performance metrics and customer satisfaction feedback. The dashboard is available now for enterprise application developers and the certification of emerging devices. And for AT&T’s consumer development community, the dashboard will also provide needed automation which is planned for the first quarter of 2010.
* New marketing and referral relationships announced today between AT&T and other global carriers using GSM, the de facto world standard for wireless technology. The companies intend to create streamlined processes that help developers make their applications available to their combined base of hundreds of millions of customers.
* AT&T Developer Council, an advisory group hosted by AT&T and made up of leading development and technology companies and other influencers, such as EA Games, Telenav and Bonfire Media.

AT&T Chief Technology Officer John Donovan also said that a new AT&T Virtual Innovation Lab will open in Atlanta in the second quarter to provide developer support for speech, location and messaging APIs (application programming interfaces). In addition, two new Innovation Centers, one in the East and one in the West, are planned for late 2010 to provide 3G and 4G RF (radio frequency) development support, testing and demos.

Head on over to AndroidForums.com to talk about AT&T’s new Android devices! 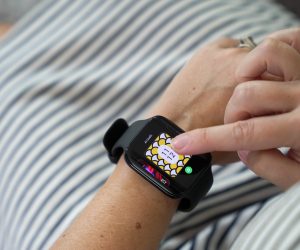