Nexus One Round Up

So, since we have been a little off in terms of our Nexus One news with New Years Eve and the designated recovery day afterwards, here is a Round Up with tons of juicy tidbits for you all:

Although this is completely hearsay, but one of BGR’s contacts reports that there will be an AT&T 3G-compatible version of the Google Nexus One. BGR’s contact describes AT&T’s version as being an unlocked model and that the T-Mobile unit will be locked to T-Mobile. Since little is known about Google’s deals with other carriers we urge caution on this one until the Nexus One launch on Tuesday.

Engadget has their own Nexus One. They gave a  full analysis and break down on Google’s new phone. The HTC and Google device runs Android 2.1 with: 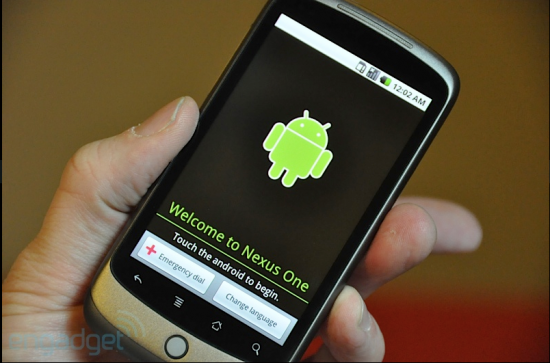 Engadget reports that the Nexus One “thus far is the fact that it’s really not very different than the Droid in any substantial way.”  They do, however, say that the build and look is superior to the Droid. They found the Nexus one to be faster then the Droid “but it’s not so much faster that we felt like the doors were being blown off. It is very smooth, though we still noticed a little stuttery behavior (very slight, mind you) when moving between home pages. Still, opening applications and moving between them was super speedy, as was Google maps, and any area of the phone where you’ve got to get through long lists.”

Google has also made visual enhancements and minor UI  fixes. There are a set of new live animated wallpapers. Google has changed its application menu navigation by scratching the sliding drawer for a  direct home button which now wrap around a 3D cube. Homescreens have been upped from three to five and lets you quickly navigate between them by long pressing on the new dots that represent homescreen pages not in view. Engadget also reports that the Google Nexus One has new animations and that Android 2.1 feels “way more polished than previous iterations (including the Droid’s 2.0.1), though it’s still got a ways to go to matching something like the iPhone or even Pre in terms of fit and finish.” 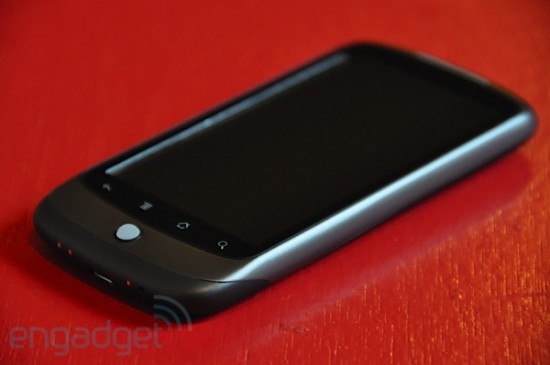 For those of you who have been wanting to know and see more about this new Google device. With the launch coming tomorrow here are a few videos of the Nexus One. First up, a video of the new animated homescreens:

This video shows someone who was able to run a benchmark on the Nexus One:


This video gives us a good look at the Google News and Weather app and widget, the desk clock, and new gallery that have been ported over to a Motorola Milestone:


That should hold you over while you look forward to Engadget’s full review and Google’s conference!