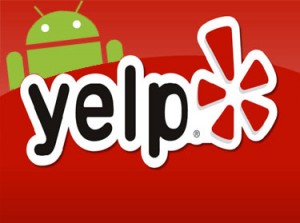 Late last week, TechCrunch was the first site to report that Google was in late stage talks to purchase Yelp for $500+ Million dollars. Yup… half a BILLION dollars. But this morning TechCrunch is now reporting that Yelp CEO Jeremy Stoppleman has walked away from the deal although they had agreed on a $550 million dollar price tag and were in the late stages of negotiation.

What a shame – a huge opportunity missed for Google, Yelp, and Android. Nobody knows what caused the deal to collapse and, in reality, that a deal was ever in the works is just speculation from what various sites call “trusted sources”. It could have been Microsoft or Apple whispering sweet nothings into Yelps ear. It could have been a Jerry Macguire-like memo that made its way around Yelp’s headquarters. But whatever it was… it was a mistake if you ask me.

Yelp has about 25 million monthly unique visitors,who have contributed over 8 million reviews of local businesses in more than 30 cities. They have a wonderful and huge network of active users who are in the habit of reviewing local businesses. Unfortunately, they have been unable to turn their theoretical success into big time bucks as several sources noted in a Reuters article:

The local businesses that Yelp sells online advertising to are more interested in promoting their businesses through coupons than online ads, he added, noting he believed Yelp was still an unprofitable business.

2009 revenues are estimated at about $30 million with 2010 projections at around $50 million, according to several sources.

Meanwhile, Google’s mission of organizing the world’s information is far from complete. They’ve cataloged and organized a TON of information as you can clearly see by the success of Google Search and Google Maps… but what about cataloging and organizing opinions? Google hasn’t capitalized on the social aspect which is part of the next big frontier. They’ve got an unrivaled amount of leverage to pursue opportunities now that will help them become the defacto standard for next generation services.

In terms of advertising dollars, there is a HUGE opportunity to capitalize on local small and medium sized businesses who typically advertise using newspapers, radio, television ads, direct mail and other traditional media. As smartphone use grows, more and more people are going to interact with information on the go. Look at the success of Foursquare – aren’t you more likely to rate/suggest a business when you’re currently there?

If Google integrated Yelp with Google Maps, Places Directory, and Google Nav, making it super simple to check out reviews for businesses, post your own reviews, find reviews of friends and more, they would have an immediate and HUGE piece of the puzzle completed for them. Meanwhile, Yelp would go from being a househeld name in local business reviews to being incorporated by default into nearly every interaction with Google business search – mobile OR web. That whole monetization problem? I’m guessing it wouldn’t last that long.

Google desperately needs that element of social interaction and Yelp has spades in that area. Yelp needs help with monetization and Google has BY FAR the largest ad network which includes businesses of every size. Everything is moving mobile and while a Yelp application on different platforms is great, being deeply integrated with Android or even Google Apps on other platforms would take Yelp to new heights. That whole Admob deal? I’m pretty sure that’ll help Yelp out as well. And these are just immediate benefits.

If Google were to integrate Yelp into its other services/apps think of how ridiculous the opportunity would be for them to create a platform for mobile coupon distribution. Coupons are HUGE for businesses and consumers and Yelp could be their way of dominating that virtually untapped market as well. It’s untapped because its too big of a beast to capture. But with the leverage and infrastructure of Google and the personality and advantages of Yelp there are a LOT of new possibilities.

An acquisition of Yelp by Google would be synergy defined. I won’t pretend to know whether or not $550 million dollars is a fair price but I am telling you that Yelp would be MUCH more valuable under the Google umbrella. This isn’t some dinky startup they’re acquiring and don’t mind letting die – this purchase would be a major piece to their overall strategy web and mobile domination strategy.

So Mr. Jeremy Stoppleman, if you’re reading this, I’m urging you to rethink your decision. Google and Yelp together will take both companies to new heights that they probably couldn’t reach without the help of each other. Or maybe they could but it would be much more difficult, take much longer and cost much more. So you can do this the easy way or the hard way… what will it be?

Unfortunately people who rise to the level of Mr. Stoppleman happily accept “hard way” challenges and it looks like that might be the choice this time around. What other companies could Google buy to fill this gap? 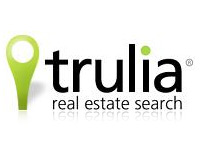 By the way… remember my article about Google Real Estate Search? Google is now rumored to be buying Trulia– what did I tell you about taking over industries one by one? Although it isn’t really “taking over”… it’s more about rethinking and redefining industries where opportunities have not yet been realized. Exciting times ahead folks… very exciting times. 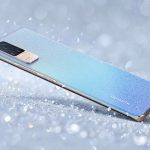 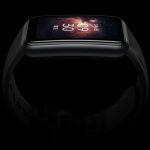 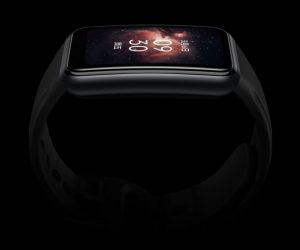