Rather than post 7 billion Nexus One articles today, we thought we would spare you the never-ending google phone story for a few hours and do a quick round up of a bunch of happenings. So here they are, in no particular order, Nexus One News Update tidbits and deliciousness: 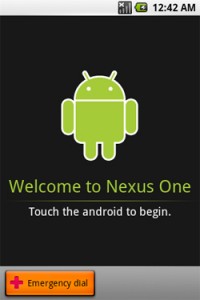 Android 2.1 Ported to T-Mobile G1
The first instance of Android 2.1 (Flan) in the wild was on the Nexus One phone that Google gave to all those employees. It was quickly torn down and has now been built back up for use on the T-Mobile G1. That is… if you’re not scared of bricking your phone. The guy who did the dirty work took out some “extras” like Car Home, animated wallpaper and some other stuff… probably so the whole darn thing could actually FIT! Try it out at your own risk [XDA via Engadget]

Update: Oops, was a hoax! Thanks enjoijams, Jared and Krugger!

More Google Phone Skeptics
Michael Gartenberg writes for Engadget: “until someone can give me a ten-word answer to how Mountain View can manage to build an ecosystem while trying to compete with it, I will remain skeptical that the Google Phone ever comes to market.” Anybody want to try those 10 words in the comments? That’s 1/16th of a TWEET… hardly fair if you ask me!

Double Twist Adds Nexus One Support
I’m just as confused whether this is a slip up or whether desktop software sync company Double Twist has had early access to the Nexus One, but they list support for the device in their most recent changelog update.

Nexus One Naming Debacle
The word “Nexus” is in the dictionary, which always makes a Trademark battle difficult to win, but at least 2 companies we can think of might have a case and one of them might even be pursuing legal action! First you’ve got a product called exactly that – The Nexus One – made by Comexi. The product is a heavy duty laminator that I will assume isn’t made for mass production of Fake IDs: 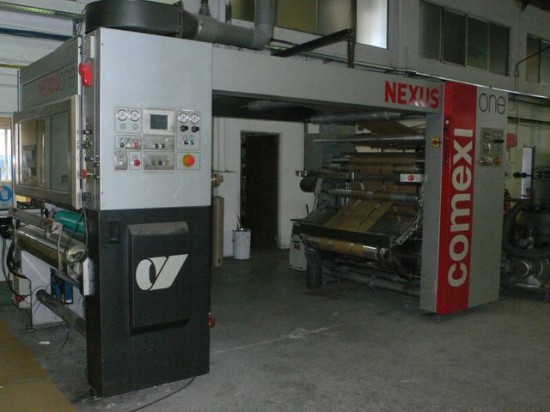 The second “issue” comes straight out of Hollywood and this story is juicy enough to quote a large portion of the original text:

As many bloggers have noted, the name Nexus One seems to be a reference to the cyborgs in the dystopian movie “Blade Runner,” which in turn was based on the novel “Do Androids Dream of Electric Sheep?” by the late Philip K. Dick. Both the film and the book feature a bounty hunter tracking down several rogue Nexus-6 cyborgs, the sixth generation in the line of Nexus robots.

But unlike Motorola, which licensed the Droid name from “Star Wars” creator George Lucas, no one at Google discussed the name with Mr. Dick’s family — and they’re not happy about it.

Isa Dick Hackett, a daughter of Mr. Dick, said in an interview Tuesday that she was “shocked and dismayed” by reports indicating that the Google phone would be named after her father’s famous characters. “We were never consulted, no requests were made, and we didn’t grant any sort of permissions.”

Can either of these groups file a claim that would stand on any legal ground? Could they win? It’ll be interesting to see but my guess is if they DID have a case they would be quick to settle out of court for a handsome amount of money.