It seems as though Autolock has become an old standby for G1 (or former G1) users.  It lost the limelight it had in the early days, so new users don’t have any idea how fundamental this app is to easy, everyday use of your phone. It’s worth $.99, definitely. Whether it’s worth the 2mb of RAM is up to you and your app priorities.

Google released its mobile operating system as a “bare-bones” deal.  Most of it’s free and open source, Google added Market, Maps, Gmail, and YouTube.  That’s it.  The rest is just enough to get the phone going, and lay the foundation for developers (hardware vendors and service providers, too). That was the point, to get developers going, to drive commerce, innovation, and all those happy things that make capitalism worth sticking with. But it left us loading an app for really, really basic stuff, stuff that’s available stock in other phone OSs (but you pay for it in other ways with them. In the end, Android + downloads = less cash out of your pocket, at least for now.)

All AutoLock does is allow you to tell your phone how long it should sleep before firing up the lock screen (timed lock suppression). Without this app, either you have the lock on or off, which is either unsafe, or just a huge pain in the hiney. With AutoLock you can let your phone sit for 5 minutes before it locks, or, heck, it’s customizable (my favorite word), you can have it not lock for a whole week if you want to type in 10080 minutes.  Of course, your battery will be lo-o-o-o-ng dead….

It also allows you to turn the delay on or off, while it also manages whether or not it locks by default, or leaves your phone unlocked. 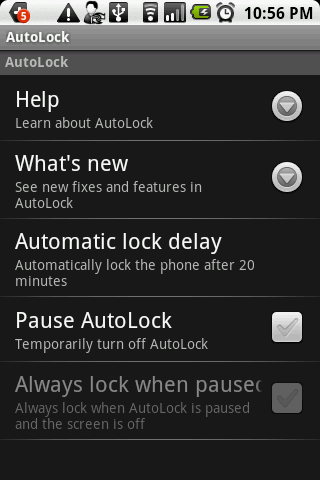 Yes, it runs in the background all the time, but it has to in order to work. It would be if it were part of the OS, too, but it just wouldn’t show. Apparently it grabs parts of the OS to run, so that it does seem to need quite a bit of RAM. If you have a task/memory manager that will shut down running apps, make sure you exclude this.

Being a mom I tend to appreciate lots of things people take for granted, like my own mom, and apps so essential we forget about them. (Admittedly, I have days I’m not sure which of those I appreciate more.)

Customization: 2 stars (I’ll give it 5 when I get a schedule or a Locale plugin)

Ongoing memory use: Bad. 2 MB, or so it looks in Advanced Task Manager, but it’s worth it to me

Get it on Market 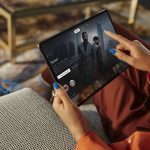 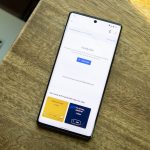 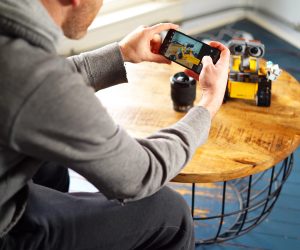 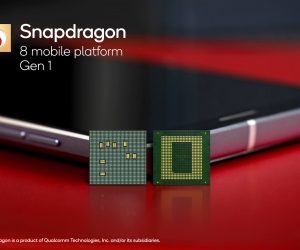 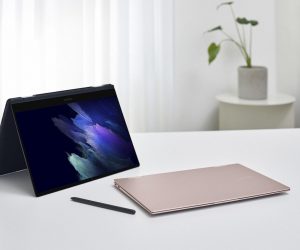