Bombshell. It is definitely a logical play but up until now the rumors and speculation have been fairly loose. Google didn’t announce that they are developing an extension to their Google Maps application that would add live, GPS-based Turn-By-Turn navigation/directions but they might as well have: 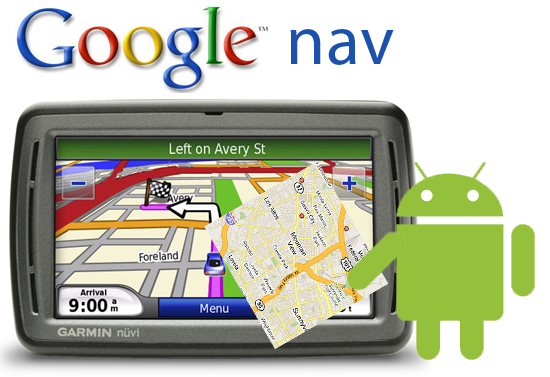 For free? Obviously. Google’s entire business model is based on providing the highest quality products/services to consumers for free and monetizing them with targeted advertising. Knowing EXACTLY where people are and where they’re going gives the opportunity for EXTREMELY targeted advertising.

Did you know that Google already has an Official Blog for their Google Street and Google Earth team?

Dive into some of the articles, updates and videos on that blog and you’ll see how crazy interested Google is with their mapping products. The scariest part of all this (for me anyways) is the potential innovation that Google could bring to the navigation industry. Take a look at a couple recent videos (below) from Google concerning their mobile map layers and their Street View desktop experience and see how Google is moving into territory previously untouched. Google dares to push the limits while others sit complacent with marketshare. Whether its a Mobile OS, Desktop OS or Navigation software… Google is taking over.

This would create a HUGE disruption to the industry. Why pay a bunch of money for apps/service like Telenav, Sprint Navigation, VZNavigator, TomTom, Garmin, CoPilot and others when you can use Google Navigation for free? The argument would be quality. I don’t know about  you, but I already prefer Google Maps to the majority of mapping software out there and routinely use the current Turn-By-Turn with arrows to navigate on the run with Android.

It wasn’t long ago that Google totally changed the mobile landscape and it seems they’re slated to do the same with Navigation. This is a perfect example of why Android is SUCH an integral part to their future success, whether the platform itself makes them money or not. They now have a medium to leverage their products that DO make them money because they offer superior services that – you guessed it – are also free.

I keep calling it Google Navigation because if they WERE to launch GPS Navigation software with Turn-By-Turn directions I think that is exactly what they would call it. Simply put, Google Nav / Navigation / Navigator just makes the most sense. Why not tie it into public transit so that you can see exactly how far away your next bus, subway, metro or Water Taxi is? The name would allow them to expand Google Navigation to encompass new features beyond “Turn-By-Turn Directions without worrying about a weird name.

We know Garmin is launching an Android-based Nuvifone in the near future… is it DOA? There was a lot of hoopla when Garmin announced they would be entering the mobile phone market but that has died down. Now the tables are about to reverse – can you picture an Android-based MID whose primary function is to act as a Google Navigator while it includes all the other good stuff you’ve come to enjoy with Android?

Google is taking over the world. Seriously. And from my vantage point… that isn’t a bad thing.