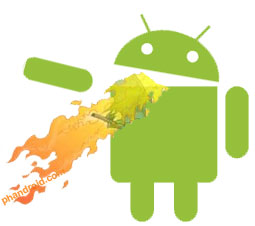 There is a nice selection of Android Phones available and upcoming, but everybody wants to know when we’ll get a nice bump from the seemingly standard 528 MHz processor to something a bit beefier. Well if the name has anything to do with it, the HTC Dragon could come with Qualcomm’s 1GHz processor which I think is safe to say would be awesome. But right now, this is just rumor topped with speculation from a few modders with a leak.

Reignzone (and a few others) from XDA Developers got ahold of an experimental HTC build and the rest is history:

So, what I’ve got here is a little build we’re referring to as the “Pet Dragon”. It’s highly experimental at the moment…and from what I have noticed after reviewing the build.prop files from this “system dump” of the device I spoke of earlier today…HTC Dragon. (dubbed “Zoom 2″) —> the screen resolution is 800×480…which as you can tell is quite an impressive resolution. Judging from the release keys, it’s also a capacitive touch screen device. Now, having said all this…it IS NOT the HTC Leo, HTC Desire, or Passion. Because this device is in fact operating on the “2.0″ firmware along with the HTC Sense user interface applied for style. So, it’s like an “Eclair Hero”. Lol.

Unzip the packaged files, and enjoy.
But again, bare with me…it’s still very “bare bones” and needs a lot of work…but this device is going to be a GAME CHANGER! Perhaps more so than the HTC Leo!

I’m liking that “GAME CHANGER” name. Here are some screenshots with a device purportedly running the build. Remember… they don’t have the HARDWARE in hand but instead are running the HTC Dragon software on existing hardware: 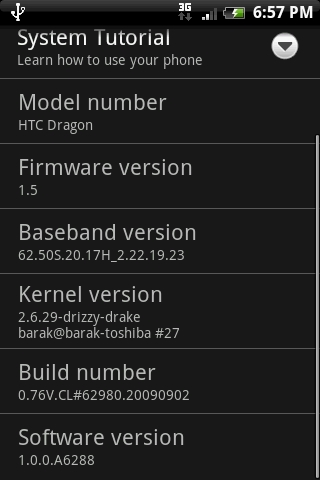 You can see the above image says “1.5” but they say that its operating on the 2.0 firmware with HTC Sense which is curious. They also say it will ship with the “latest” version of Android when it launches… whatever that might be – probably 2.0. Here are screenshots showing all the applications: 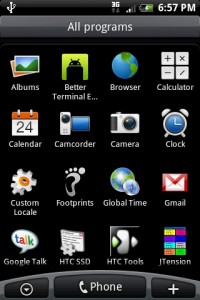 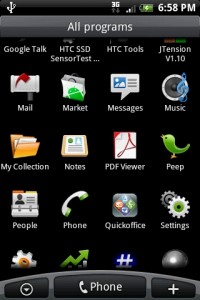 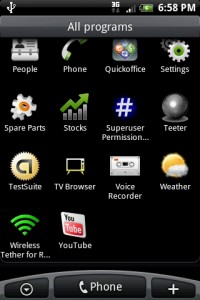 A few interesting inclusions are HTC SSD and TV Browser. Also included were the setup/boot screens asking you to initiate and connect/sync your Google Account. These screenshots clearly indicate the phone as being called the HTC Dragon: 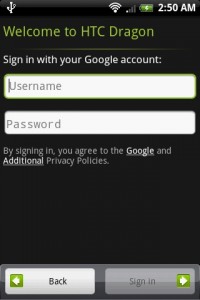 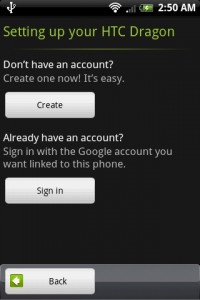 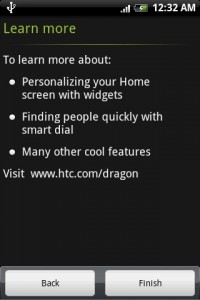 Check out the fact that the “Learn More” screen features a specific URL for the HTC Dragon – http://www.htc.com/dragon. Visiting that link will yield absolutely nothing… yet. And remember, this could potentially be all rubish, ya never know. We only have OS screen shots to go by and with a little piece of software called Adobe Photoshop… anything goes these days.