The main downfall of this phone could be the name – it sounds like something a French guy would say on Easter Sunday. But joking aside, Zii EGG is a pretty big story that shows how Android is and will allow smaller innovative companies (Zii Labs) to breakthrough the barriers to entry in the mobile market and provide consumers with compelling options. The company behind Zii EGG has announced their Zii Plaszma program which will allow their handsets to leverage Android.

The bottom line for us is an iPhone/iPod Touch like device with the following specs:

Those are some pretty good specs and the phone itself is pretty sexy looking. 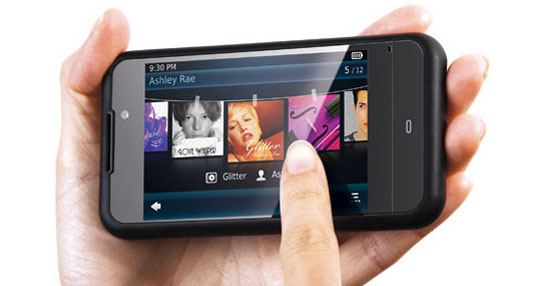 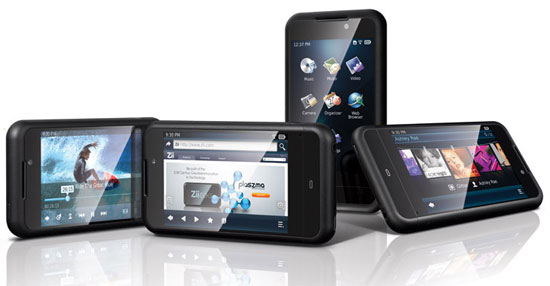 With a seemingly awesome product, why wouldn’t ZiiLabs just launch the Zii EGG themselves? Probably because making a mass market success is a lot harder than just building a pretty good phone. But will a manufacturer pick this up and then will a carrier run with it? Will any developers purchase this over the Android Dev Phone 1 or another device they can simply root?

It appears as if Zii is taking pre-orders of the EGG for $399… and bulk orders for the zero GB model are set to cost $199. Here is the Full Press Release:

The Zii EGG is an energy efficient handheld StemCell Computer based on the powerful ZiiLABS ZMS-05 media-rich applications processor. Besides its multi-touch 3.5-inch LCD screen, it can also output HD video at up to 1080p. The ZMS-05 has 24 floating-point processors that deliver up to 8 GFLOPS of raw processing power and its flexible StemCell computing architecture allows stunning 3D graphics on a small handheld battery-powered device.

“This feature-packed Zii EGG comes with a take-no-prisoner price from as low as US$199,” said Sim Wong Hoo, Chairman and CEO of Creative Technology. “This signifies an integral part of our new strategy moving forward to engage every party in a win-win-win partnership”.

Zii EGG provides the essential building block that empowers developers, system integrators, OEMs and ODMs to efficiently and economically develop compelling media-rich devices. They can rapidly bring to market an extensive range of devices and applications, even under their own brand.

“Zii StemCell Computing Technology and the Zii Plaszma Platform are the direct results of our $1 billion investment including 10,000 man years of R&D effort in developing platform and chip solutions. We’re excited to offer the Zii Plaszma Platform to enterprising individuals, developers and companies so they can innovate and profit by designing Plaszma-based handheld solutions,” said Hock Leow, President of ZiiLABS.

“We’ve worked diligently on the design, from the chip and board, to OS integration and CODEC support, all the way to device design, mechanical tooling, and standards compliance to ensure that innovators are freed from the complexities of hardware and software development. With all of these steps taken care of, innovators can bring Zii Plaszma-based products ‘quick-and-cheap’ to market. If you’re looking to develop and market an energy efficient device that supports High Definition video and audio and 3D graphics, the Zii Plaszma Platform delivers.”

Zii Plaszma is a complete portfolio of hardware platforms and software solutions based around the ZiiLABS ZMS processors that deliver the essential building blocks required for the rapid creation and deployment of next generation media-rich devices. Plaszma includes:

The Zii EGG is the first handheld device that can support high definition H.264 video and image output at up to 1080p, enabling, for example, the instant implementation of a network of Wi-Fi enabled HD TV digital signboards.
OpenGL ES

The Zii EGG features a 10-point multi-gesture touch screen that allows developers to offer a customized device with a compelling widget-based user interface. This enables developers to create applications such as a virtual piano where you can actually play chords with onscreen keys. Users can even enjoy customized gesture commands.
Hardware GPS Receiver

The Zii EGG has a dedicated hardware GPS (Global Positioning System) chip that allows it to receive signals directly from satellites anywhere in the world. The Zii EGG’s hardware GPS receiver lets developers create advanced location-based applications, and enhanced 3D Navigation systems that benefit from the location accuracy, coverage and responsiveness that only hardware GPS can deliver.
Text-to-speech Feature

The Text-to-speech feature combined with the HD camera on the Zii EGG opens up a whole new field of exciting application possibilities. Coupled with OCR technologies, it allows the capturing and reading back of text to help the visually impaired or for educational applications such as audio eBooks.
Zii EGG Features and Specifications

The Plaszma OS is a robust, fully featured multi-tasking Operating System built upon a Linux 2.6 kernel that enables the creation of native and web based applications that are significantly enhanced by the 3D, advanced media and communication capabilities of the ZMS processor and Zii Plaszma Platform.

The Plaszma OS supports a rich set of industry standard APIs that have been optimized by ZiiLABS, with a wide range of multimedia CODECs, powerful video, image and audio playback and recording capabilities and advanced audio processing including a text-to-speech engine. The Plaszma OS also supports a desktop grade Opera® 9.7 browser with Web 2.0 capabilities, 2D graphics, and OpenGL ES 3D graphics, plus a powerful intuitive gesture-based user interface.
Plaszma SDK

The Plaszma SDK is a software development kit that provides all the developer tools, libraries, documentation and sample CODECs needed to create the next-generation of media-rich networked applications.
Plaszma SDK Features and Specifications

A range of market-ready applications such as a music and video player, photo browser, and web browser will be included with the handheld Zii EGG StemCell Computer. Future upgrades to the application suite that will take advantage of the built-in hardware will be made available.
Zii Optimized Android

A Plaszma SDK Starter Kit is available for immediate purchase at US$399 on www.zii.com. This Starter Kit comes bundled comes with Plaszma OS, Plaszma SDK and the Zii Optimised Android OS.

As an introductory offer, ZiiLABS is offering a 32GB Zii EGG for FREE with the purchase of the Plaszma SDK Starter Kit, limited to one per customer while stocks last.

For customers who want to run the Android OS, an after-sales installer upgrade will be made available soon allowing them to change their operating system selection.
Value-Added-Resellers Bulk Purchase Price

Bulk purchase price of Zii EGG (0 GB) starts from as low as US$199 in volume quantities.

By offering VARs, developers and companies the lowest possible price of US$199 for Zii EGG (0 GB), ZiiLABS provides developers the freedom to create complete hardware and software solutions specific to their customers’ requirements as they can use external SD storage. Alternatively, developers can custom order different internal storage capacities of up to 32GB.

Does ZiiLabs have something big with the Zii EGG or will their choice to push through B2B channels hinder their goals?