18 to 20 Android Phones Will Launch This Year!

Right now we’ve got the T-Mobile G1/Dream and the HTC Magic on the market with the Samsung Galaxy i7500 Officially on the way. There are a load of other handsets rumored which might bring the total number of potential devices floating around to about… 8 or 9. So how many Android Phones will launch by the end of 2009? 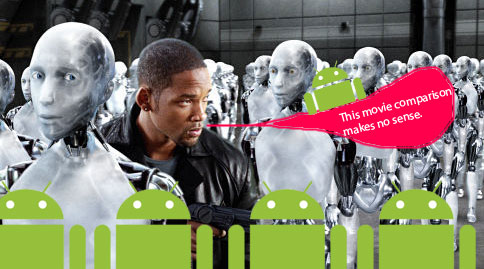 Does 18 to 20 Android Phones sound good? Great, because that is exactly how many phones Andy Rubin, Google’s Head of Mobile, said will launch by the end of the year. The Great Android Flood of 2009 is inevitable and it appears as though it really could be “The Year of the Android” – although after the past 5 months most everybody had doubts.

At least worldwide. Rubin indicated that adoption of Android would occur more rapidly overseas, specifically in Europe and the UK, as the competitive US market works more selectively to differentiate their Android offerings. I would say that’s a bummer, but it is hard to see the downside amidst a Head Android saying 20 phones will be out this year when we’ve only got 2 out now.

I’m finding it hard to grasp the concept. Phandroid has been  up and running since late 2007 with plenty of material, arguably TOO much material, with only 2 phones coming out over that period of time. If 20 Android Phones are out by the end of 2009… we’re going to have a LOT of fun. And need a lot of help (contributors, tipsters, ahem!).

By the way, Rubin made it clear that Android Phones can come in three base flavors:

The “Google Experience” phones get the “with Google” branding while the Strings-attached still have Google Apps pre-loaded but the level of integration is a bit more lax. According to Rubin, about 14 of the phones launched this year will be “strings attached” and 5 or 6 will be “Google Experience” phones. I suppose it is impossible to calculate how many phones will be Google-free since any manufacturer can potentially slap on Android and sell it.