Some VERY exciting news has just leaked out via CellPhoneSignal and TMOtoday – both websites got their hands on an internal T-Mobile time-line that lists the 2009 launch timeframe for Android devices… including the previously unmentioned “Samsung Houdini”. 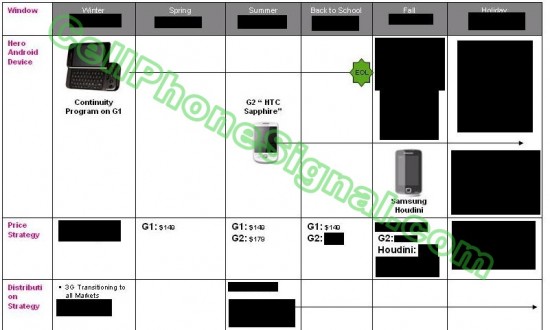 Something is extremely fishy though… this document lists two devices not yet released: 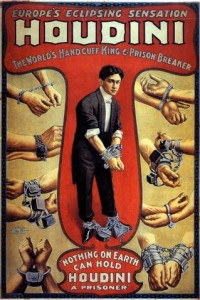 The G2 is listed as the HTC Sapphire which Europeans have come to know as the HTC Magic but the latest rumors were that the phone will be called T-Mobile MyTouch 3G when it launches. Either somebody is flat out wrong here, T-Mobile is having internal confusion and not made up their minds, or they could just be running a misdirection play – who knows?

The Samsung Houdini, from what the rumor sources say at least, sound a lot like the Samsung i7500 so this could be the American branded name for that device… wouldn’t surprise us, either. Of course it would be funny coming from Samsung since HTC launched the “Magic” and Samsung would be piggybacking their name by using the world’s most well known magician of all-time. This just sounds hoax-ish to me, but if real, I kind of like the name.

There are two other important things to note:

This is what TMOtoday says about the black boxes:

Over the coming days, when deemed appropriate by us and our contacts, the black blocks will be lifted and some exciting information will be revealed.

Do you believe them? I can’t see T-Mobile discontinuing sales of the G1, launching the HTC Magic as the G2, and failing to fulfill the need for an Android Phone with a physical QWERTY keyboard. Perhaps they’ll stop MARKETING the G1 but stop selling it? Not gonna happen. Unless the G2 is something other than the Magic/Sapphire.

There are way too many inconsistencies for this to seem believable at the moment but crazier things have happened. I’d rather let you know the rumors with my own disclaimers added rather than leave you hanging/wondering.

Lots to talk about… LOTS to talk about. But I won’t speculate any further. Instead, I’ll wait patiently until tomorrow when they release the details of those black boxes and hopefully, in the meantime, I’ll get some answers to the mishap that has become the G2 naming conundrum.

Folks at BGR have one of the black boxes revealed… it is the G1 version 2, AKA Bigfoot. This answers our doubts about the G1 facing EOL but to be honest… I like the looks of the current G1 more than what the pic reveals: 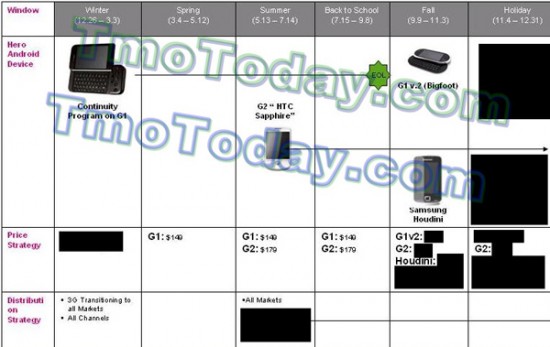 Oh and by the way, hey you – mister anonymous tipster… you know we have a “Tip Us” link as well so, you know… make yourself at home. I’ll bring milk and cookies.

Samsung Galaxy S23: Everything you need to kn