Palm To Compete With Android, iPhone

Oh geez, where to begin…

How’s the weather? And did you know that Palm is no longer comatosed on its deathbed, connected to a heart monitor with a roomful of monks praying at its bedside? Nope. Instead they announced the Palm Pre – the first phone based on Palm’s new operating system dubbed WebOS – and many critics and analysts are already proclaiming they’ll junk they’re Androids and iPhones for it. 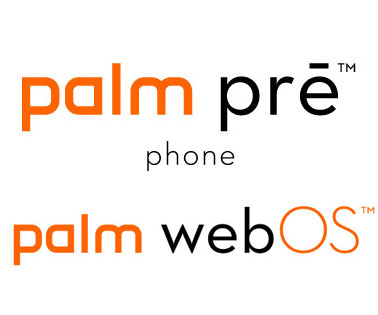 We’ve been following the news over the past 24 hours and figured it incredibly relevant to bring this news to Phandroids as the new mobile race has been declared Android vs. iPhone vs. Palm… with Windows Mobile and Symbian facing the chopping block.

All this happened so fast that we think it would be appropriate to take a step back and look at the facts.

What is Palm WebOS?

First of all, congratulations to Palm for making a move that forces us to write a competitive analysis and not a postmortem. Second of all, the above information makes me think of one thing and one thing only: Palm will be competing directly with Apple’s iPhone OS while Android remains the horse of a different color. 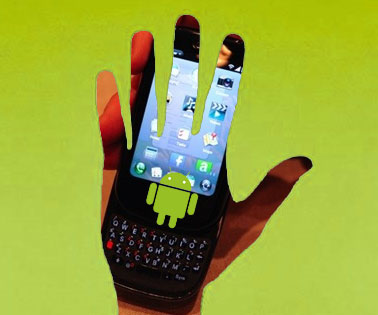 There are few things that truly separates Android from Palm in the long run:

I’m sure there are many, many differences on a technical coding/programming level and I’d love for a dev familiar with the nuances to comment and/or write a guest post to clarify. But there is one HUGE factor that separates Android from Palm WebOS…

Google. While I’m sure they’ll make their Google Mobile Apps available on Palm WebOS, you have to believe that the most innovative, influential and successful tech company web company on the planet will make it work. But Google isn’t alone… they have 35+ companies (OHA) all working towards a single goal of improving Android.

Google has taken the proprietary mobile universe and turned it into a democracy while Palm and Apple have turned it into an Autocracy. Yes, they have built a community and opened up but when it comes down to it they are the single entity that make every little decision that may or may not affect them. For example, keeping applications out of the App Store or App Catalog because it might hurt their revenue stream or they just don’t like it much.

Want to know the craziest thing about this whole Palm WebOS thing? This is EXACTLY what Google had hoped for. Google’s profit growth was flattening out as their market share could hardly get larger. The identified mobile as the next internet frontier and said, “uhhh, what the heck?” in regards to proprietary OSes and decided the only way to truly improve and fundamentally alter the mobile landscape for the better was to create their own mobile OS.

Now, just over one year later, Palm escapes its death by launching an open(ish) mobile OS so it can compete with likes of Android and Apple. Google put competitive pressure on the mobile players to either innovate or get the heck out. And innovate they did.

Android and Apple will certainly enjoy the benefits of first-mover advantage. But there are also advantages to sitting back and watching Android and Apple, replicating the positives and limiting the negatives. It can be assumed that Palm took a close look at the iPhone and T-Mobile G1 and borrowed some of their best elements in the creation of Palm’s WebOS.

So again, Android as a mobile industry catalyst will prove to be invaluable to Google’s revenue growth in the long-term.

All of this is GREAT for the mobile industry and phandroids should be excited. This only accelerates the move from proprietary mobile jalopis to worldwide adoption of intelligent mobile devices. And what is the quickest way to turn your piece of cell phone junk into a diamond in the rough? Hook it up with Android.

Palm WILL be competing with Android, Apple and BlackBerry mobile operating systems but I still think that Google Android is still MUCH better positioned than any of these to become the market leader. Palm will compete more directly with Apple and the iPhone while Android goes for quantity, allowing the open marketplace of developers and OHA to provide the “quality” part of the equation.

So that’s what we know about Palm WebOS so far. Now lets take a look at the Palm Pre, the first device that will run the Palm WebOS:

It’s a great looking device with a vertically sliding QWERTY keyboard and a nice touch screen. It’s got an oval and curved shape that at first looks awkward but that those who have held it say feels great in the hand. Some of the Palm Pre Specs that are rather nice include:

One of the COOLEST things about the Palm Pre is the Palm Touchstone Charger. There was an awesome wireless battery charging exhibit by Fulton Innovations at CES that we wished would come to market ASAP. And then Palm launched something similar with the Palm Touchstone: 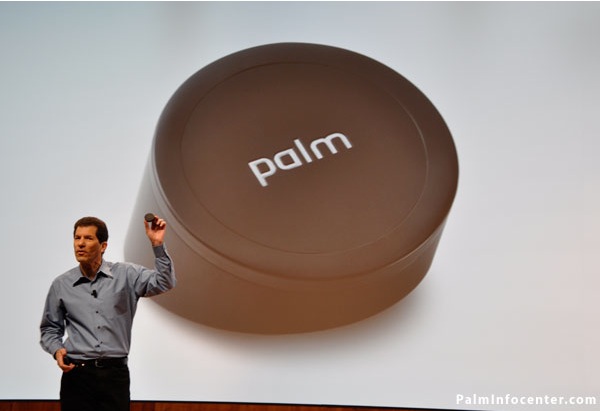 Just put your phone on the platform and BOOM – it charges. We hope more and more companies start integrating this technology into their mobiles. Of course, it does raise the issue of portability. Would you rather bring a Touchstone with you on a trip somewhere or a plug and chord charger? Perhaps there is just a place and time for each, but the optin is awesome.

There are two main downfalls to the Palm Pre:

Sprint is a member of the Open Handset Alliance and the very first Android handset could have very well been on Sprint’s network. But for a company trying to claw its way out of the industry basement to launch something as promising as the Pre and WebOS to tie itself exclusively to the carrier who catches the most flack… probably wasn’t the best move.

Who knows how long it will be a Sprint exclusive. Verizon is CDMA too and we wouldn’t be surprised if the device hits Verizon later in the year, following their supposed “Open Network” point of view. While a GSM version of the Pre is headed to the UK, it won’t include American 3G GSM support. Keep in mind that not only could Palm ammend this, but they can and will just release more phones to be used on these networks.

Now for a comparison in basic specs/dimensions between the Palm Pre, T-Mobile G1, Apple iPhone and BlackBerry Storm:

The G1 is the tallest. And the heaviest. And our favorite. SO BACK OFF! Kidding, kidding…

Here is a nice little video from PhoneScoop that provides a tour of the Palm Pre:

And that wraps it up for us. We’re excited about what the Palm Pre and Palm WebOS mean for the mobile industry and the number of great options for consumers is increasing… but as the non-grammar inclined might say, “it ain’t no Android.”

We didn’t really want to admit it, but our projections about Palm adopting Android or going the way of the dinosaurs was probably wrong. Back in May 2008 we said this:

“If the executives over at Palm are smart, they’ll swallow their pride and view Android as an opportunity to claw their way right back into the market. Nobody says they have to completely drop their future OS… but offering their consumers an immediate solution while they develop their own could prevent a massive amount of customers from hitting the exit.”

We’re not the only ones. The day Android was announced Engadget ran a piece titled, “Palm: assimilate with Android or Die.” We would have agreed but in hindsight we’ll just point our finger and say, “they were wrong first.”

Now back to your regularly scheduled Android News. 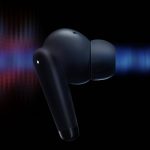