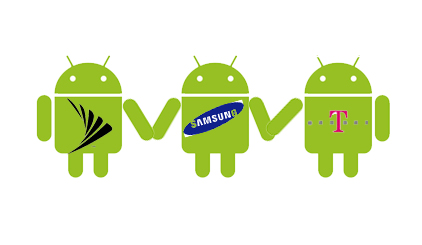 The “Samsung Official” who made the 2nd Quarter claim goes unnamed, so this tidbit should still be taken as rumor until we can get a name to go with that record. Here is the comment that has sparked the excitement:

“We are accelerating the development process for Google phone in order to meet the specific need of local carriers. We will be able to release Google phone in the second quarter of the next year in the US market.”

Pretty straightforward, right? Just the way we like it.

Also in the article, we learn that Samsung has been developing their Android offering for a full year and they recently added 30 developers to their team, bringing the estimated total to 80 developers working on the Samsung Android Phone. Makes you wonder why Motorola’s 350 Devs will take until at least Christmas 2009 to release their MotoDroid, doesn’t it?

It’s nice to see Sprint’s name in the mix here, too. While T-Mobile should be applauded for catching the early train to Androidville, the Open OS is all about selection, selection, selection and another carrier is another option. The relationship between Samsung’s efforts and T-Mobile/Sprint are still unknown, but the article says that BOTH carriers will be getting a Samsung Android. The same one? Probably… but who knows.

In the recent past, Samsung has released the Omnia and the Instinct which have both been pretty huge successes. The upcoming Samsung Android is said (via this article) to follow their form factor of sexy all-touch screen devices. Okay, we added the “sexy” part but for the first ‘droid from Samsung would you expect any less?

[This article was re-published all over the web, but in all fairness, a few of the places we read it before bringing phandroids the news: etnews(source), jkontherun, intomobile, engadgetmobile,  gizmodo, and the rest of the universe.]