Though the device has already been released before, ZTE is making a triumphant re-release. The main reason for this is the fact that the device is now being shipped with Android 4.1, making it the very first non-Nexus to be blessed with this official update.

Other than its Android version, nothing is very surprising. The device carries a single-core processor and other equally underwhelming specs. It should be a great option for those that want the latest OS and don't need the higher specs, though. 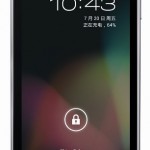 ZTE has announced a relaunch of an old device of theirs. It’s the ZTE N880E, and aside from any Nexus devices they’re boasting it as the first phone to come shipped with Android 4.1 out of the box. If you don’t remember this forgettable phone originally came out in May 2012 with Gingerbread.Unfortunately the phone …
See All