The T-Mobile Pulse AKA Huawei U8220 branded for use on T-Mobile, was announced on the 3rd September 09 and officially launched on Pay-as-you-go in October of 2009 in the UK. The T-mobile Pulse is an entry level phone with entry level specs . But this makes it a cheap budget phone perfect for pay-as-you-go users to buy, and with Android , it gets the job done! 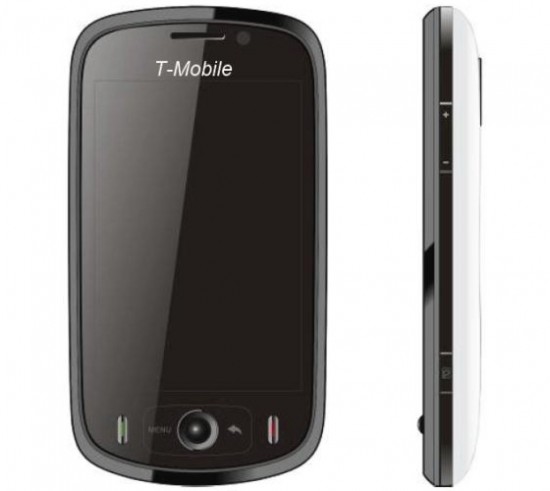 Specs include a 3.5-inch touchscreen, Wi-Fi, Bluetooth, 3MP camera with auto-focus but NO geo-tagging, 192MB of built-in memory and MicroSD support up to 16GB.It also has a front-facing camera perfect for taking pictures of yourself or on a video call. As you can tell from pictures the Pulse also has thier own modified UI for you to play around with.   The T-mobile pulse has an slightly older brother named the Huawei U8230 which seems to look a little different and have a better camera. The Pulse also has a second older brother - The T-mobile Pulse mini.

The T-mobile pulse is currently only available on pay-as-you-go and contract from T-mobile UK, However it has already passed through the FCC meaning we could still see it in the US at some time!

If you’re considering the T-Mobile Pulse you may want to head over to a detailed review of the device just posted by Engadget. You can order it now and it ships in the next few days, so now would be a good time to do your homework on it. Summarizing their thoughts/impressions: Solid hardware, responsive …

Shortly after releasing an anticipated Android 2.1 update for the T-Mobile Pulse, TMo UK has decided to retract the new firmware in light of negative feedback. And what might be responsible for the poor reception? According to Huawei it has a whole lot to do with T-Mobile UK releasing an unfinished build of Android 2.1 …

T-Mobile Pulse Gets An Update to Android 2.1

After T-Mobile Hungary customers with the T-Mobile Pulse received their upgrade to Android 2.1 in late May, the folks in the UK could not keep from scratching their heads trying to figure out where their phone’s upgrade has been. Thankfully, Hungarians today no longer have a reason to point and laugh as the UK version …

One of T-Mobile’s lesser known Android offerings –  the T-Mobile Pulse – has just been updated to Android 2.1. T-Mobile Hungary’s site has the download links and instructions you’ll need to try and apply the update for yourself.As with any upgrade, you do risk losing any files and settings on your phone and MicroSD card, …

The T-Mobile Pulse is currently available in some parts of the world, but those parts don’t include the United States and Canada. And although tomorrow will see the 3rd of 4 American carriers get an Android Phone, AT&T still sits robotless and iPhoned-out. But a recent FCC filling suggests some of this might change.You may …

If you’re considering the T-Mobile Pulse you may want to head over to a detailed review of the device just posted by Engadget. You can order it now and it ships in the next few days, so now would be a good time to do your homework on it. Summarizing their thoughts/impressions: Solid hardware, responsive …

The T-Mobile Pulse is now available for purchase at T-Mobile UK!Wait… does that say FREE? It sure does. T-Mobile has made it a great day for affordable Androids – commit to £20/month on a 2-year contract and you’ll get this phone absolutely FREE. There are a bunch of service plans you can choose from but …

Take a look at the page for the T-Mobile Pulse in the Netherlands and notice in the lower left hand corner a little phrase that says “Levering vanaf 12 oktober”? I’m not exactly bilingual but my friend Google translate is and in English that means “delivery from October 12th”! That’s right, the T-Mobile Pulse is …

The T-Mobile Pulse is now official but most of us haven’t gotten a really good look at what its all about. But look what the robot drug in – a few videos of the T-Mobile Pulse that reveal some interesting things about the phone:9 Panel Homescreen The typical “stock” Android phones have three horizontal “panels” …

Another big day for Android! Earlier today Sprint announced the HTC Hero and now T-Mobile UK has made official the Huawei-manufactured T-Mobile Pulse! The Pulse is a great looking phone, but for once it might be the service plan that everyone gets excited about. That’s because the T-Mobile Pulse is the first ever PAYG (Pay …