T-Mobile launched the world's first Android Phone - the G1 - with a focus on function. The carrier removed the keyboard in favor of curves, sexifying it up in the form of the MyTouch 3G. Now smashh the two together and you've got the best of both worlds.

The T-Mobile MyTouch Slide combines the function of the G1 with the style of the MyTouch 3G in one beautiful and convenient package:

The MyTouch Slide was announced May 4th 2010 and Launced in June 2010 to none other than T-mobile US certainly fitting nicely within their existing Android range. Some specs include a 3.4" inch capacitive screen supporting multi-touch, and a 5 MP camera with single LED flash.

The MyTouch Slide has other interesting features including the innovative Swype keyboard pre-installed, a 'Genius button' which interacts with advance voice recognition software allowing you to control certain actions on your phone just using your voice & HTC's latest User Interface 'Espresso' bringing you a great customizable user experience while browsing your homescreens - All 5-7 of them - you decide! 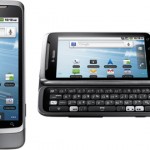 HTC and T-Mobile are touching up the pain on a few older models with the release of new software updates for the T-Mobile myTouch 3G Slide and T-Mobile G2. The updates don’t come with a change in Android version, but they do move the needle on the software versions. The myTouch3G Slide moves up to … 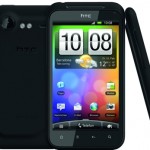 For you developer types out there (or those simply interested in perusing line by line the code of your beloved handsets), HTC has released the source code for three more handsets into their developer portal. The code for the HTC Incredible S, T-Mobile myTouch 3G Slide, and HTC Wildfire are now available for download. For … 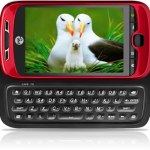 Nope, T-Mobile didn’t forget about you, Slide owners: one XDA developer has released a 2.2.1-based Espresso ROM for you folks to enjoy. He alleges it’s based on a new leak from T-Mobile. This could indicate a rollout is close to being initiated, but we’ve seen what happens when we assume based on leaks. (Hint: tons …

That same security hole that plagued the HTC EVO 4G (which allowed root-only application ShootMe to go about its business as usual) has been discovered to work for non-rooted MyTouch 3G Slides. It was discovered when a few of our members over at the Slide section at AndroidForums.com were trying to compare speed test results …

Now that Google has open-sourced the code for Froyo (Android 2.2) you better believe the folks at CyanogenMod aren’t just going to sit on their hands and wait for the manufacturer’s to port the OS to their phones. Not in the least, as the team is already plugging away at the next version of their …

First of all, let’s clear the air right now: midget circuses are real and have been for a very long time. Having thrown that disclaimer out there so as to not offend anyone, that’s one of the phrases I would use with the MyTouch 3G Slide’s Genius Button if I actually need to find a …

Because you just can’t stop an Android modder from rooting every phone that lands in their hands, the latest to get the treatment is the myTouch 3G Slide. After doing some work on the Cliq and Behold II, Eugene373 over at XDA-Developers set his sites on the Slide and has given a nice how-to for …

T-Mobile: Yea, The iPhone 4 Has Some Features, So Do Our Android Phones

In what looks to be a very pointless (and counteractive) memo, T-Mobile’s outlining the different features of some of their flagship phones (including the T-Mobile Garminfone and T-Mobile MyTouch Slide alongside the WinMo-bred HD2) up against the iPhone 4. It’s pointless because T-Mobile’s not downplaying the iPhone 4 in any way: they’re simply advertising the …

The device isn’t set to make a full-scale marketing and launch blitz until June 16th (on a major scale, anyway) but T-Mobile’s starting to get their advertising campaigns out and about for the T-Mobile MyTouch Slide. One reader over at TmoNews spotted a poster in the New York City subway, with David from TmoNews seeing …
See All