The Sony Xperia Z1s is the latest smartphone in Sony's flagship Z1 lineup. This 5-inch 1080p smartphone features waterproof construction to protect all the beast-like specs inside from the world's elements.

The device launched as a T-Mobile exclusive in the United States on January 13th, 2014. 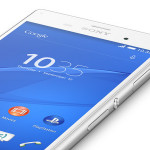 T-Mobile has updated their software updates page, with both the Sony Xperia Z3 and its older sibling, the Sony Xperia Z1s, showing that Lollipop has officially entered into the carrier testing phase. 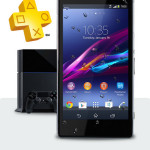 It looks like Sony’s thinking up more creative ways to get folks on their side in all aspects of consumer electronics. The company is now offering a sweet deal where you can get a free year of PlayStation Plus when you buy a Sony Xperia Z1s from Sony or T-Mobile. 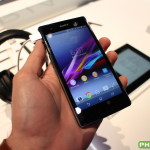 While T-Mobile’s Sony Xperia Z1s has been available online for a decent amount of time now, those who were waiting to be able to grab one in-store have had to wait. The wait is over, though, as the day has come for the device to show up on store shelves nationwide.

Sony and T-Mobile’s healthy partnership continues as this device has finally launched exclusively on Magenta’s growing network. You can now grab the Xperia Z1s for $0 down at $528 off-contract. That comes out to $22 per month for 24 months, which is not a bad cost for smartphone packed to the brim with powerful specs. 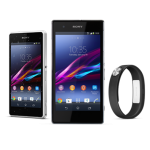 Sony had a big CES showing this year, with the company unveiling a couple of new smartphones in the Xperia Z1 family, as well as a new set of wearables for fitness buffs.Sony Xperia Z1sFor starters, we have the Sony Xperia Z1s, which is a pretty hardcore smartphone for those who are looking for a … 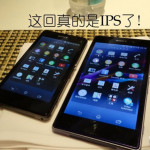 Digi-wo procured the latest shots of the Sony Xperia Z1 Mini, with the leakster putting it side-by-side with the big, older brother that it’s based on. The images don’t show much that we don’t already know, except for the fact that Sony still hasn’t learned how to get “dat bezel” down to a more comfortable, pocketable size.
See All