The Sony Xperia V was announced as the mid device of IDA 2012. It falls right in between the high-end Xperia T and the affordable Xperia J. This is no device to scoff at, though, as it has specs very similar to its big brother. The only main difference is that it sports a 4.3-inch display, which is now considered small, but pixel density will be quite nice with a smaller 720p screen. 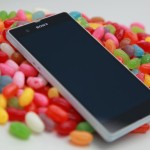 Sony never beat around the bush when it came to Android updates for their Xperia line of devices. Back in November, they made clear their plans to update specific devices to Android 4.3. In December, we saw the Sony Xperia Z, Sony Xperia ZL, Sony Xperia ZR, and Sony Xperia Tablet Z all receive their …

Our friends at Sony have taken the time to update the masses on its Android 4.1 Jelly Bean rollout plans for the foreseeable future. For starters, they’ve confirmed that the Xperia T, Xperia V and Xperia TX’s upgrades will go out as planned throughout the months of February and March. The Xperia P, Xperia J …

On the heels of delivering Ice Cream Sandwich to many of their 2011 and 2012 smartphones, Sony is now providing details on the upgrade to Jelly Bean. Sony plans to upgrade their entire lineup of Xperia phones from 2012, but much to the chagrin of owners of older devices, their 2011 models will not see …

Sony has announced the advent of PlayStation Mobile, a new content platform where users can download gaming titles made specifically for PlayStation certified devices. Over 30 different titles from many genres will be available to start, and Sony will be giving developers the tools they need to develop and publish their own games for distribution …

Sony has announced that its Xperia V smartphone will feature “sensor-on-lens” display technology. To put it simply from the get go, sensor-on-lens will combine the dual layer of glass that usually makes up the touch sensor and the protective lens into one.This means that instead of using the three layers of glass usually combined to … 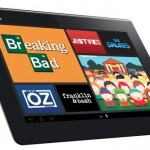