The Xperia X10 announced November 2009 was Sony Ericssons first flagship phone running the Android OS and at the time of announcement - the first Android handset to come with a 1 GHz Snapdragon Processor setting a path and standard for other 'high end' devices.

The Xperia X10 is not just interesting in the looks department with it's stylish design it packs some neat specs in the trunk too. The X10 notably comes with an 8 MP camera that has face and smile recognition, Image stabilization and LED flash. The handset also comes a large 4" inch capacitive display and Android 1.6 running Sony Ericssons Timescape UI rounding up all your social networks and providing a good looking interactive homescreen, there are also a variety of attractive widgets and applications. The whole X10 range is also due to get a major update to Android 2.1 Q4 2010!

The Xperia X10 is available now from a number or operators internationally and can even be purchased sim-free in either 'Sensuous Black' or 'Luster White'! Fancy something a little more compact? Why not try the X10 Mini or the X10 Mini Pro if you fancy a compact handset with full QWERTY keyboard!

After a false start earlier in the week, the Gingerbread update for the Sony Ericsson Xperia X10 is now rolling out. The announcement comes via a post on the official Sony Ericsson blog, which states that the update is being made available to non-carrier handsets first with 10 percent of devices already receiving their update …

Sony Ericsson has issued a statement via their blog that is sure to disappoint at Xperia X10 owners out there. The Android 2.3 update that is supposedly rolling out now is apparently not rolling out at all. The initial announcement was made prematurely, according to a blog post by head of product PR Mattias Holm. … 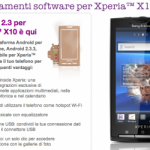 The Android 2.3.3 update said to be headed to the Sony Ericsson Xperia Play this week is turning up just as expected, making its first appearance in Italy and ready for download and installation via SE’s companion software. Aside from the standard Gingerbread upgrades the phone will also receive deeper Facebook integration, WiFi hotspot an … 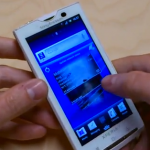 Sony Ericsson committed to bringing out Gingerbread for the Xperia X10 (non-branded devices, anyway) and they look like we’re nearing a rollout date. It’s coming along nicely, they say. It’s coming along so nicely, in fact, that they felt the need to preview the update on video. It looks like the software will be in … 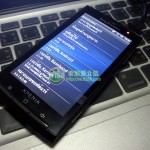 I’m sure there were more than a few X10 users out there who thought Sony Ericsson may have forgotten all about them (weren’t they on Android 1.6 Donut for the longest time now?). But thanks to ThaiAndroidPhone who snapped some pics and even a quick video of a Gingerbread equipped X10, we now have an …

You might not even remember that the Sony Ericsson Xperia X10 ever launched on AT&T, and a big reason why is that the phone hit the scene pretty late sporting a rather outdated version of Android. Today, the X10 can be upgraded to something a bit newer as the Android 2.1 update has been made …

While Sony Ericsson may have moved slow to get their first Android-based product upgraded to a modern version of the operating system, they look to zoom past Froyo and provide Android 2.3 to bring it in line with the crop of new products introduced in the past couple of months. (Such as the Xperia Arc … 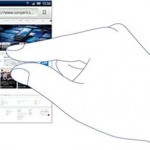 It looks like two rather lackluster Android handsets are meeting their demise on AT&T in the coming months. The Motorols Backflip will reach end-of-life on February 2nd, while the Sony Ericsson Xperia X10 will do the same come March 6th. Both phones fell short of anything spectacular, so it is questionable how much they will …
See All