The within will sport a 4.3-inch SAMOLED Plus screen, 1.2GHz dual-core processor, 8MP rear camera/ 2MP front-facing camera, and NFC chip in one of the world's most thin and powerful phones. This phone has also been rumored as the Samsung Epic Touch 4G... only time will tell what it's true name will be! 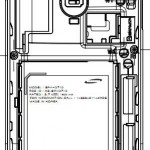 Praise the Android gods! Thanks to a Phantip from one of our great readers, we came across this FCC filing for the SPH-D710 otherwise known as the Samsung Within, Sprint’s version of the Galaxy S II. Judging by the extracted pic from the filing, it looks like we could have a variant of the Galaxy … 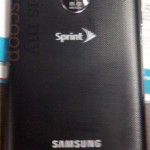 Good. Gawd. And not right after I posted my review on how content I was with the Evo 3D, this shows up in my inbox. Thanks to TIMN, what you have in front of you are some freshly leaked, blurry cam pics of the Samsung Within. This is the eagerly anticipated Samsung Galaxy S II … 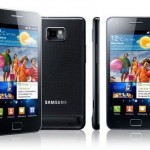 Would You Import a Galaxy S II If No US Carrier Adopted It? [Rumor]

Title says it all, folks. A rumor’s going around saying the Galaxy S II’s launch in the United States is in limbo. The country’s major carriers are supposedly dragging on with negotiations, citing improved CDMA radios by Motorola and HTC as reasons why they’d rather work with those manufacturers on upcoming flagships.The source speculates that …

After the launch of HTC’s EVO 3D, a follow-up to by far Sprint’s most successful Android device, we imagined news about their Samsung-based products would start trickling in. First up, the Epic 4G 2. No, it’s not going to be a Galaxy S II with a keyboard, if This Is My Next’s rumor is to … 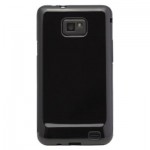 Samsung Within, Attain, and Function Cases Appear on Amazon

Another case manufacturer has outed their new silicone cases for the Galaxy S II, and like the folks we saw before them, they out names for the Galaxy S II on Sprint, Verizon and AT&T (Within, Function and Attain, respectively). This doesn’t give us much more than we already know, but it does reaffirm beliefs … 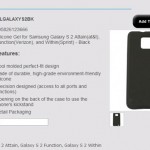 We all knew this was coming, folks – the Samsung Galaxy S2 is headed to the United States. And it’s most likely coming to all major carriers and maybe even a couple of smaller ones. What we didn’t know was a timeframe, names, or any other details aside from a general idea of what to …
See All