The Samsung Stratosphere is a 4G LTE device for Verizon. It is a mid-range handset featuring a 1GHz processor, 4-inch Super AMOLED display and 5MP camera, and is the first LTE device in Verizon's lineup to feature a slide-out QWERTY keyboard.

With more akin to last year's Samsung Galaxy S than the recently released Galaxy SII (a device passed on by Verizon and to which the Stratosphere name was originally linked), the Stratosphere provides an affordably priced alternative to Verizon's typically pricey 4G devices. 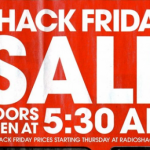 Black Friday is coming up and the retailers are all just about ready to let known their hot holiday deals. RadioShack has confirmed and even named their plans – Shack Friday, it is.Highlights include the HTC EVO 3D at $100 (though this deal has been posted before) and one biggie – AT&T’s Galaxy S II … 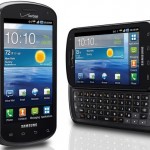 If you’ve been waiting to itch that addiction of rooting and ROM’ing your Samsung Stratosphere, our friends at RootzWiki have discovered and made public a method to get you going in the right direction. As with most Samsung phones, you’ll need ODIN on Windows or Heimdall on Mac OS and Linux in order to flash …

If you need a decent Samsung QWERTY device in your life, Verizon’s got something for you to check out. It’s the Samsung Stratosphere that’s long been talked about (but only because it was first rumored to be a potential Galaxy S II device).Even though it’s not the monster many of you have probably wanted, it’s … 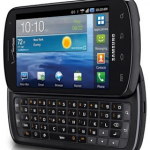 Samsung and Google cancelled their Nexus Prime announcement but we’re not letting that spoil our CTIA trip. After pouring out some of our Ice Cream Sandwich, Chris and I promptly got hands-on video with another of Samsung’s highly anticipated devices: the Samsung Stratosphere.Launching October 13th on Verizon Wireless for $149.99 after a mail-in rebate, the …

Verizon has announced the upcoming release of the Samsung Stratosphere, a mid-tier 4G LTE smartphone featuring a slide-out QWERTY keyboard. The combination is a first for the carrier. The Stratosphere features a 1GHz Hummingbird processor, 5MP rear (1.3MP front-facing) camera, and a 4-inch Super AMOLED display (think of it as Verizon’s version of the Epic … 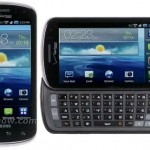 Verizon’s 4G LTE lineup will welcome a new member next week, according to new details leaked to DroidLife. The Samsung Stratosphere, which has been detailed time and time again and dropped a system dump earlier this week, is now rumored to be coming to Verizon October 13th. The date comes along with a full spec …

Our friend P3Droid has gotten his hands on a partial system dump for the Samsung Stratosphere, Verizon’s upcoming Android handset. He says the device is like a DROID Charge with a keyboard. Something we’ve heard before but we’re always glad to hear corroboration between multiple sources. The full system dump can be had here (164.41MB … 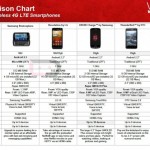 The Samsung Stratosphere is headed to Verizon to further bolster a growing line of 4G phones, but the new device holds a unique feature not found on any existing member of Big Red’s LTE family. A physical keyboard will set the Stratosphere apart, while middle of the road specs should provide an affordable option for … 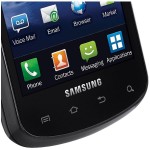 A funny thing happened today when visiting the Pantech Breakout’s page on Wirefly. When viewing the gallery for the Breakout, it seems Wirefly may have slipped in a few press shots for Verizon’s upcoming Samsung Stratosphere 4G LTE device. The Stratosphere is essentially a rehashed version of the Sprint Epic 4G that launched last year. … 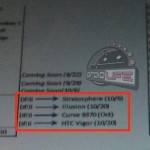 Looks like Radio Shack may be expecting a nice little shipment of HTC Vigors in their stores come October 20th. This leaked document also shows the Samsung Stratosphere (Epic 4G) arriving on October 6th. Last we heard, the HTC Vigor could launch as the Droid Incredible HD and early leaks were showing it for an …
See All