The Samsung Stealth is a 4G Android Phone for Verizon Wireless that was originally announced as the generic Samsung 4G LTE. The new name breathes life into a device that leaves plenty of reasons for excitement.

With a 4.3-inch Super AMOLED Plus screen, 8MP camera, front-facing camera, HDMI-out, 3.5mm headset jack, and 1GHz processor running Android 2.2, the Samsung Stealth will have a hard time flying under the radar. It could, however, fly past competition with lightning fast 4G LTE speeds on Verizon.

Look for the Samsung Stealth to launch in Spring 2011 on Verizon Wireless. 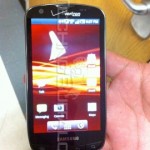 The Samsung Stealth really has been quite the stealthy phone compared to other Verizon offerings. We’ve seen it with our own eyes before, but we never got the opportunity to actually use it – its software was nevery ready. More pictures of it have hit the interwebz, thankfully.The folks at TechnoBuffalo received these shots of … 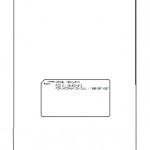 Samsung 4G LTE Stealth Hits FCC, When Will it Land at Verizon?

This year at CES Samsung unveiled what was then being called their 4G LTE Smartphone. Since then, it has been pieced together from the SCH-I510 model number and a tip from a Verizon insider that the phone will most likely launch as the Samsung Stealth. That same tip also suggested the handset would launch during …

We just provided the exclusive rumored details of the Droid Incredible 2 and it seems some other popular Verizon Androids are coming in the very near future, too. One of our trusted tipsters is telling us the Droid 3 and Droid X2 will both come in the 2nd Quarter along with the Samsung Stealth. Here …
See All