Other specs include a 4.2 inch Super Clear LCD display and it launches with Android 2.3. It's only up for pre-order for 3,995 Swedish kronor, which translates to about $630 in the United States. 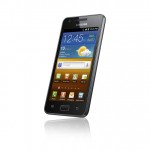 Looks like our Android brothers overseas are getting another great Samsung phone. What you are looking at is essentially the Galaxy Z we showed you guys a few weeks back, only according to Cnet, it’s being dubbed the Galaxy R. The phone is about as close as you can get to a Galaxy S II … 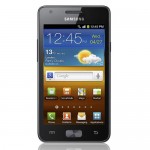 Samsung’s hinted at this before and it’s finally here – variants of the Galaxy S II. The Samsung Galaxy Z was spotted on “Tre” (3 in Sweden). It’s being described as a little brother of the Galaxy S II, a device that’s supposed to be affordable yet still packs quite a punch. It’s said to …
See All