Samsung's rugged feature phone brand has been brought into the modern age with the Galaxy Xcover. The phone isn't just the first Android smartphone to earn the Xcover name and ruggedized design, it's the first Android 2.3 handset to do so as well.

Sporting a 3.65-inch scratch-resistant screen made of tempered glass, 3.2MP camera with LED flash (doubling as a flashlight) and HSDPA capable of speeds up to 7.2 Mbps, the Galaxy Xcover will give the likes of the Motorola Defy and Sony Ericsson Xperia Active a run for their money.

It might take the cake, though, when it comes to underwater demonstrations. The Xcover is said to survive a 1m dunking for up to 30 minutes. 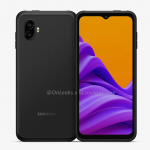 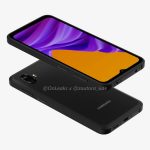 A new rugged Samsung phone might hit the market this year. 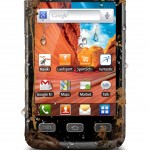 Samsung’s rugged feature phone brand has been brought into the modern age with the announcement of the Galaxy Xcover. The phone isn’t just the first Android smartphone to earn the Xcover name and ruggedized design, it’s the first Android 2.3 handset to do so as well. Sporting a 3.65-inch scratch-resistant screen made of tempered glass, …
See All