The Samsung Galaxy Tab 10.1 is the manufacturer's second take on an Android tablet, this time employing the Honeycomb operating system and a bevvy of updated specs. Featuring a dual-core NVIDIA Tegra 2 processor, a widescreen 10.1-inch display, and a super slim design, the Galaxy Tab 10.1 easily goes toe-to-toe with the tablet big boys.

Though the tablet initially shipped with a stock version of Android 3.0, an optional update was made available to convert the user interface to Samsung's custom TouchWiz UX. Later runs of the tablet ship with the skin pre-installed. 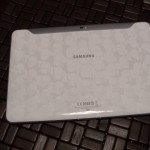 The Samsung Galaxy Tab 10.1 isn’t much different from other available tablets on the inside, but we think hardware makes a big difference with a device of this size. Samsung has achieved an engineering feat so impressive that I can’t imagine going with any of their competitors until they match them. Are hardware and design … 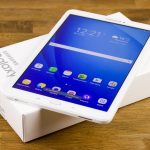 Samsung has a lot of S-Pens to go through, so they’re announcing a new Tab A 10.1 variant that now includes an S-Pen. It’ll be available starting October 28th. 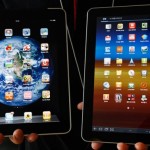 A ruling out of a district court in The Hague has cleared Samsung’s Galaxy Tab line of any infringement on Apple’s iPad design. The Dutch court had to mull the rounded corners of the Galaxy Tab 10.1, Galaxy Tab 8.9, and Galaxy Tab 7.7, referencing previous rulings in British courts before deciding in Samsung’s favor.As … 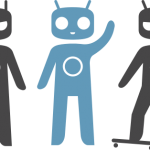 Apple just lost one appeal they certainly were hoping to have reversed. A panel of judges in the UK has upheld an earlier ruling that Samsung’s Galaxy Tab did not copy the design of Apple’s iPad. You might recall that at the time of the initial ruling, a judge made the backhanded statement that Samsung’s … 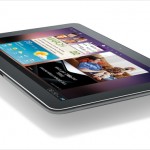 Well, I’ll be… Contrary to what you might have heard, it looks like Judge Lucy Koh isn’t a paid Apple employee after all. The US Court Judge has effectively lifted the sales ban on the Galaxy Tab 10.1, as requested by Samsung. The tab was one of many defendants caught in a legal battle with … 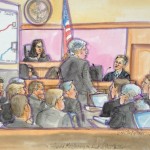 Despite the fact that a jury found Samsung’s Galaxy Tab 10.1 not guilty of infringing on Apple design patents, Judge Lucy Koh refused to lift a sales injunction on the device in a recent trial revisiting the issue. Now the Federal Court of Appeals has stepped in, sending the issue back to Jufde Koh’s bench, …

It wasn’t long ago T-Mobile rolled out Android 4.0.4 for the 4G version of their Samsung Galaxy Tab 10.1, and it’s taken some time but now we finally have Verizon following suit. Software version i905.LP11 is listed as “coming soon” and at 248MB will upgrade the firmware to Android 4.0.4, all bring about all these … 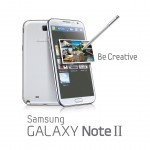 LGs not the only one getting a lot of news today: there were quite a few Samsung related posts coming through. But that’s gotta happen when you’ve got so many devices, right?Firstly, the T-Mobile Galaxy Tab 10.1 is finally getting ICS. Users, launch Kies now to get your hands on it.As with most Samsung devices, …

No surprise: Samsung wants US injunction hearings moved up

A court schedule that pushes the next phase of the Apple v. Samsung patent trial back to December 6th isn’t sitting well with the company that won a majority of its infringement claims last week. Apple is urging Judge Lucy Koh to consider hearing arguments on injunctions facing eight devices at the same time that … 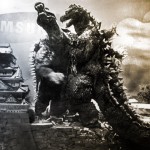 It’s been a long week for both Samsung and Apple in their legal spat over patents, icons and “copying.” With only 2 days left of testimonies, both sides are scrambling to present witnesses in court, and through depositions.Apple’s “Bounce Back” Patent is Invalid – Patent Office Didn’t Know About Prior ArtSamsung spent a good portion …
See All