A sequel to the Samsung Galaxy Mini has been officially announced and it's simply being called the Samsung Galaxy Mini 2 (S6500). It's a low-end device aimed at the affordable market but depending on pricing, it could be a decent phone for first time smartphone owners. It will have an 800MHz processor, a 3.27 inch HVGA display, 3GB of internal storage, a 3 megapixel camera, NFC and Android 2.3. 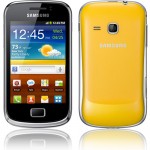 The Samsung Galaxy Mini 2 has failed to impress the audience. Especially after being announced next to a plethora of super phones at Mobile World Congress. But it can be a good choice for the pocket-conscious. If you have been looking for a nice affordable device, the Galaxy Mini 2 just might be the phone … 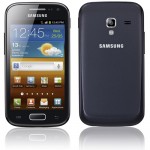 We’re not sure what’s going on this year but all sorts of OEMs are announcing their wares ahead of Mobile World Congress. Samsung is the latest, though what they have to show off isn’t nearly as exciting as the Galaxy S III we once thought we’d see. Still, any new announcement are good announcements. They’ve … 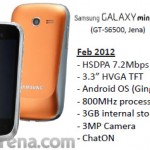 The Samsung Galaxy Mini 2 has been in the rumor mill as of late and it’s just as real as you’d expect. The device has hit the FCC recently and it looks like it’ll be able to strut its stuff all over the floors of Mobile World Congress.There’s no guarantee it’ll be there, of course, …