The Samsung Galaxy Apollo is a European Android Phone aimed at pleasing the budget phone shopper. The Galaxy Apollo includes a 3.2-inch screen, 3MP camera, 3.5mm headset jack, and is packed into a rather small frame which some people prefer. While the Apollo doesn't pack high-end multimedia features, it still has tons of apps and games downloadable from Android Market, not to mention an attractive pricetag.

Desire, Desire HD & Milestone to Get Gingerbread in Spring on Telus, More Androids Slated for Upgrades

The folks at MobileSyrup have pinged Telus and asked them what’s up with updates for various Android handsets. Of note were the HTC Desire and Desire HD: both are said to be getting Gingerbread sometime this Spring. (It wasn’t said if this would include the latest version of HTC Sense or not.)Other phones include the …

The folks at Samsung Firmware have been tweeting away about a supposed Android 2.2 update slated for the Samsung Galaxy Apollo i5800. The update is said to be coming to T-Mobile Netherlands first, and could be hitting Samsun’g Kies software in about a month. The Samsung Firmware people, however, claim they will have their own … 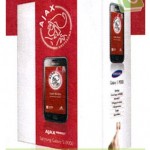 If you have no idea who or what Ajax is, don’t worry. If you do know of them chances are no explanation is necessary. Turns out they are a pro football (read: soccer) team from the Netherlands, and they apparently also offer mobile plans through their website. And now available on those mobile plans are … 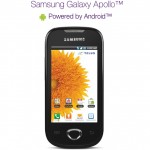 It’s only been a couple of weeks since we learned Telus would be getting the Samsung Galaxy Apollo and sure enough, it’s here. The device is quite cheap dialing in at $249.99 without a contract, and down to $50 if you want to commit to three years (one and two year contract plans are available). …

The Samsung Galaxy Apollo was expected to land for T-Mobile UK last month, but that window came and went as we didn’t hear anything about it. T-Mobile’s started to quietly stock the phone now, however, and it’s available free for a low 20 pounds per month tariff that comes with 300 minutes, 300 text messages, …

While other Canadian carriers play host to the Samsung Galaxy S, Telus has gone a slightly less sophisticated route and picked up the lower-end Samsung Galaxy Apollo. It won’t best the Galaxy S in any category with its 3.2-inch TFT-LCD HVGA display, 3MP camera, and 150MB on board storage with 2GB microSD bundled, but it …

Telus Launches the LG Shine Plus

Telus out in Canada has just released their latest Android handset – their version of the LG Ally on Verizon. The device is called the LG Shine Plus and has the same specs we remember from the Ally: Android 2.1, a 3.2-inch WVGA touchscreen, 3G, Wi-Fi, GPS, a 5-megapixel camera, and a full QWERTY keyboard.It’s …

T-Mobile UK Getting the Samsung Galaxy Apollo this August

T-Mobile UK’s looking to add another of Samsung’s lower-end Androids to their line-up by introducing the Samsung Galaxy Apollo. The Galaxy Apollo has proven to be a viable option for those that can’t be bothered being locked into a three-year agreement for a higher-end device at cheaper rates.I’m sure the device will be offered under …
1

Samsung Galaxy Apollo i5801 Going to Orange UK, Gets Specced

On Friday, Samsung teased us about a phone they’re calling the Samsung Galaxy Apollo. We didn’t know much about the new device, but an Orange UK  “coming soon” advertisement let loose the goods. It’ll have a 3-megapixel camera, a 3.2-inch touch screen, 24 days of standby time, 9 hours of talk time, WiFi, Bluetooth, 3G, …

While it isn’t quite the Samsung Galaxy S, the Samsung M100s is no doubt a solid Android handset from the Korean manufacturer. Its 3.7-inch screen and 5MP camera on Android 2.1 seen the light of day outside of Korea, but that all could be changing soon. Samsung’s British site is showing a phone called the …
See All