The Samsung EPIC 4G is Sprint's specially branded version of the  Samsung Galaxy S. Samsung announced all their Galaxy S devices simultaneously, and the EPIC 4G has several unique features and capabilities that help it stand out from its brethren.

Unlike the other Galaxy S versions, the EPIC 4G takes advantage of Sprint's ever-growing 4G WiMAX network, which is why it's got that "4G" tacked onto the end of its name. Other differences include a 5-row QWERTY hardware slide-out keyboard and an LED flash to go with its 5MP camera. Unfortunately the EPIC 4G only has 1GB of internal memory as opposed to the 16GB included in the T-Mobile and AT&T variants. 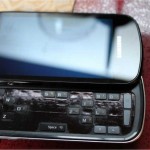 Most of the Android mods we talk about are strictly at the software level. Users hack device firmware and put together custom ROMs, root handsets and slap said ROMs onto them. But one industrious owner of the Samsung Epic 4G wasn’t satisfied simply with hacking the heck out of their software. They obviously had no …

How To Disable TouchWiz on the Epic 4G

It turns out there is at least one more appealing aspect of the Samsung Epic 4G, and it has nothing to do with the hardware it is running on. With not too much work at all you can disable TouchWiz as your default launcher and restore the Epic to a stock Android 2.1 interface. You …

From the G1 to the DROID MAXX — here’s my Android history (and we want to hear yours!)

As a big fan of Google’s, what it was time to transition to the new wave of smartphones, I didn’t want an iPhone or Blackberry — I wanted Android. It was at that point that I’d decided I was going to grab the T-Mobile G1 the first day that I could. This is my Android history.

Owners of the original Samsung Epic 4G — Sprint’s keyboard-enabled version of the Samsung Galaxy S — will be happy to know that the device isn’t dead! Well… it’s probably dead at the hands of Sprint, but you know the development community always has your back. The phone has finally gotten its first nightlies of …

Sprint’s Samsung Epic 4G Touch seems to be getting a software update starting today. The update isn’t Ice Cream Sandwich (again, don’t get your hopes up on that ever happening) but it does fix a very important bug. The force close people would suffer when receiving a call has been fixed, and they’ve also optimized … 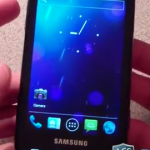 While the original Epic 4G never saw a truly stable release of CyanogenMod 7, the Epic CM team are making a lot of great progress with CyanogenMod 9. The Android 4.0-based ROM brings a stock Android offering for those who’d rather not deal with TouchWiz. An “alpha 0” build was posted yesterday and it looks … 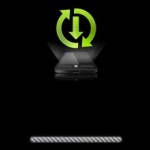 The HTC Evo 3D has already received it’s “security update” removing that nasty Carrier IQ spyware from devices and staying true to their word, Sprint has already begun issuing updates for the rest of their Android lineup.The HTC Evo 4G and HTC Evo Design 4G are next in line to receive their over-the-air updates and … 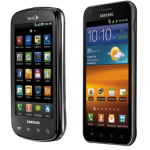 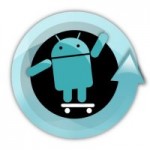 Some new devices have finally been added to CyanogenMod’s list of supported devices. We’ve got the Samsung Epic 4G and LG Optimus 3D as notable additions. We’re also seeing support for the LG Optimus Black, Optimus Hub and Optimus Pro. These devices are on the list for CM7, of course, though we don’t expect all …

Sprint Starts Epic 4G Gingerbread OTA: Have You Got Yours?

Hey there Samsung Epic 4G owners, have you been craving an over the air update? As luck would have it, Sprint just announced they’ll begin sending Android 2.3 out to Epic 4G owners starting today. It should automatically start downloading and installation should take only a few minutes.Here is what Sprint had to say about … 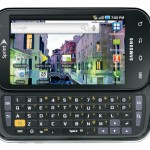 After months of leaks and speculation, is the Samsung Epic 4G finally getting its update to Android 2.3? That’s the word from a source speaking to Android Central. It’s actually a bit silly that such a big-name handset still hasn’t received Gingerbread with other members of the Galaxy S II family long updated and Ice … 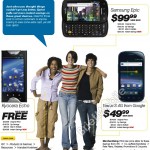 Looks like Sprint flew under our radar and dropped the price yesterday on some of their “old school” Android lineup. If you’re a new customer you can now sign up for a 2-year agreement and snag yourself a Samsung Epic 4G for $100, Nexus S for $50 ($30 online), and the Kyocera Echo for free. …
See All