While Pantech's reputation in the US has been for from positive, as the company usually makes low-end devices to cater the pre-paid market. But the company may have more potential than most of us think, as it realeases some great devices in other countries. Some may even be coming over to the States soon, one of them being the Pantech Magnus.

The Magnus will pack a dual-core Snapdragon S4 processor, which is known to beat top-of-the-line processors like NVIDIA's Tegra 3. It is also said to feature a crisp 720p HD display and a capable 8 MP camera. Not too shabby for a Pantech phone, right? 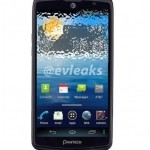 The Pantech Magnus looks to be shaping up to be some sort of family member of the Pantech Flex’s. Although we haven’t heard too much about the device its design makes that fact clear as day. Whether it’s a sequel, a spinoff or simply just another respectable device from the Pantech camp it’s no secret … 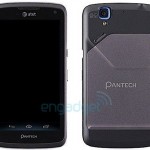 It seems AT&T and Pantech are coming to town with a decent-looking device that’ll sport 4G LTE radios. They’re calling it the Pantech Magnus, and it’s supposed to be running Qualcomm’s MSM8960 S4 that features Adreno 225 for a GPU and a 1.5GHz dual-core processor.It also features a front-facing camera, an 8 megapixel rear camera with …
See All