The Nexus brand hasn't reached the tablet market jsut yet, though. And Android fans have been praying for such a tablet to be released. If you fall under that category, you will be happy to know that the latest rumors indicate that a Nexus Tablet is in the works.

The Nexus Tablet is said to be a 7-inch device with a Tegra 3 processor manufactured by ASUS. Also, this device is said to be a "Kindle Fire Killer." Rumors say that the price will range from $150 to $250, which is quite the steal. 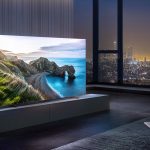 While it was a surprise to see Amazon release its own line of TV sets, Toshiba and Insignia have been carrying the Fire TV torch for the past few years. We’ve seen a few updates to the lineup, and Toshiba is back again with its all-new M-Series of Fire TV sets.But instead of just focusing …

Samsung’s last-minute deals are insane! Jump on these deals before they’re gone

How to shut down your computer using Google Assistant 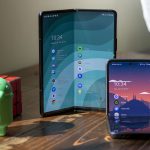 Oppo plans to announce a new “Flagship Product” on December 15

It’s that time of the year where phone makers are starting back up and begin announcing new devices for the next year. We know that Xiaomi and Motorola will likely have some announcements, but it seems that Oppo has something special in the works. The company announced its Oppo INNO Day 2021 virtual event will …
See All