Long before the Nexus One launched, the media was filled with speculation, buzz, rumors, and excitement regarding the possibility of a "Google Phone". The rumors were put to rest when Google announced the Nexus One, the first ever Google Phone. Although the company never officially dubbed it the gPhone or Google phone, thta's exactly what the Nexus One is, and it's the first of its kind.

The Nexus One is a high end superphone which packs a whopping 1GHz Snapdragon processor , 5MP Camera and large 3.7-inch AMOLED screen for quality viewing. Being Google's phone and made by HTC you can expect a quality handset and thats exactly what you get with the N1. An additional feature sure to raise an eyebrow is its good looks, with a light & dark grey casing that is teflon coated.

The Nexus One is the first ever Andorid phone to have Android 2.1! (Eclair) and was also the first to get Android 2.2 (Froyo). This ushered in a new era of Android that included many new features, including Live Wallpapers, animated backgrounds. Perhaps the biggest "first" that the Nexus One brough about was in distribution: the Nexus One was made available through Google's website and ONLY Google's website, a a bold move which Google has since backed away from.

The Nexus One was originally leaked under the codenames HTC Dragon and HTC Passion.

Manually Update Your Nexus One to Android 2.3.3 Gingerbread

Still awaiting the update to Gingerbread on your Nexus One handset? If patience isn’t your thing and the OTA version of the update just seems too far out of reach, you can manually update your handset to Android 2.3.3 now by following a few easy steps. In no time you can be running Gingerbread with …

There’s still some bad blood between HTC and Samsung dating back to 2010 when Samsung pulled their AMOLED displays from the Nexus One and HTC Desire.

High Tech Computer Corporation, or HTC as we all know it, has been a pioneer in many aspects of the technology world. The majority of people do not even know its name, or what it stands for, and even less know that they made the Palm Treo, a vast range of Windows Mobile devices like … 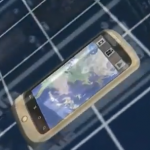 Nexus One revived for NASA’s PhoneSat program, will take pictures in space [VIDEO]

So you thought the Nexus One was dead? The original Nexus phone will never die! Or, so says NASA, anyway. If you don’t remember, NASA chose the Nexus One to be the world’s first smartphone in space to be used as a nano satellite. It has actually been a few years in the making, as … 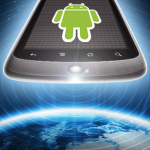 While many scramble to find the latest Nexus device in stock for purchase, the first Google phone is part of a much bigger agenda. The Nexus One is ready for lift off after being bolted to the side of the 30cm “cubesat” Strand-1, which has been in development for almost two years.Not only will the …

The boys at NASA have been making headlines after hitting the sand dunes of Mars with their mini go-cart, Curiousity, and it looks like they have a few more surprises in store. A team from NASA’s Ames Research Center has been hard at work developing miniature satellites — called a “PhoneSat” — powered by, none …

The Evolution of Nexus: A look at all Google Nexus devices to date

It all started as a little experiment. A couple months after Motorola, Verizon, and Google launched the first Motorola Droid as the exclusive launch device of Android 2.0 Eclair, Google introduced the Nexus One in January of 2012. Manufactured by HTC, the phone would not only act as the first device to run Android 2.1, …

Want another reason to make the Samsung Galaxy Nexus your next device? How about a lack of creepy tracking software watching your every move? The latest report in the ongoing Carrier IQ fiasco claims that due to heavier involvement from Google, the Nexus line of phones has foregone the inclusion of the controversial software. The … 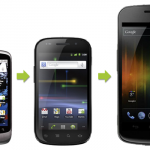 The Evolution of Nexus – What It Was, What It Is, Why It’s Here and Where It’s Going

So last week’s big announcements have all been wrapped up and we have the next edition of the Nexus phone on our hands – the Galaxy Nexus by Samsung. We’ve gotten a dual-core processor, Android 4.0 Ice Scream Sandwich, a 720p HD display and a lot more. But let’s take some time to see just …

Google: Nexus One is Too Old for Ice Cream

Those of you wondering whether or not the original Nexus phone would be getting Android 4.0 Ice Cream Sandwich can rest not-so-easy with the answer Google’s Hugo Barra reportedly given The Telegraph. The Nexus One is apparently too old to receive the upgrade.We’d imagine the CPU and GPU alongside limited internal memory are Google’s main … 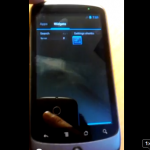 One drl337md from YouTube coyly posted a video showing off a Nexus One running Android 4.0. It’s an SDK port, and as such things likely aren’t all where they need to be. Despite that fact, and despite the fact that the Nexus One is considered outdated up against today’s high-end phones, the results didn’t seem …
See All