The Nexus 5 is the 2013 handset release in Google's long line of Nexus phones. The device features a 4.95-inch 1080p HD display, and is heralded as the fastest Nexus phone yet. It gets that title due to the 2.3GHz quad-core Qualcomm Snapdragon 800 processor and 2GB of RAM.

The phone is available in 16GB or 32GB variations, has an 8 megapixel 1080p HD camera, Bluetooth 4.0, WiFi ac, NFC, and more. It was the first phone to launch with Android 4.4 KITKAT, which is the first OS update named using a commercial treat instead of a generic one. 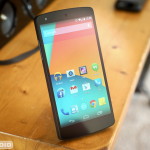 We’ve had our Nexus 5 for a little over a week now, making sure we’ve had enough time to get well acquainted with the device. During this time, we’ve taken the Nexus 5 out on dates, slept with it, got real nice and schmoozy with the phone. While I can’t show you video of the … 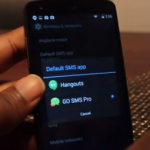 How to change the default SMS app in Android 4.4 KITKAT on the Nexus 5 [VIDEO]

ith Android 4.4 KITKAT came a great new feature — system-wide SMS handling. This gave developers an easy, pain-free way to hook into the device’s SMS handler, and resulted in giving users a more easy way to switch between SMS app. In the video inside, I show you how to quickly and easily change the default SMS app. 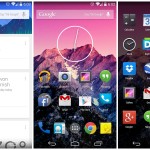 To say that switching between multiple replacement launchers in Android has been a pain would be a vast understatement. It sucked, and for a lot of users — particularly those who don’t consider themselves “power” users — it was downright confusing. Thankfully, Google looked to address that in Android 4.4 KITKAT with a new menu … 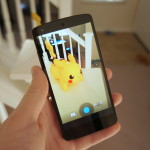 It’s a curse that’s long plagued Nexus devices: piss poor camera performance. While the blame has never rested solely on Google’s shoulders — OEMs are the ones skimping on camera hardware after all — the stock Android camera software didn’t do much to help matters.With the Nexus 5 now available on Google Play, the most … 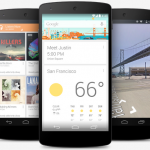 Boy, was yesterday a wild day. Google decided to straight out release the Nexus 5, with no announcement or warnings. It was all way too exciting and we were running around the office trying to cover all the news and details for you. What about today? Today we are suffering from what I will start …

We all know things haven’t been great for LG over the last few years. While phones like the LG V60 have managed to carve out a place amongst the audiophiles in the Android space, it just hasn’t been enough. The company has seen too many flops like the LG G8, and pretty much every other …

Android 7.0 Nougat is running on the Nexus 5 with a little modding

Yesterday, we wrote about the Nexus 5 being left out in the rain. Android 7.0 Nougat marks the end of the line for a very popular device. There will be no official update to Nougat for the Nexus 5, but that never stops the hard working developers at XDA.

According to @evleaks, Google is preparing to release Android 7.0 Nougat sometime in August but the Nexus 5 will be the latest device left in the dust.

The general rule of thumb for updates on Android devices is two years of updates from a device’s launch date for major OS upgrades. For Google, this is more than just a “general rule of thumb”: it’s a requirement of theirs. And now they’re showing you exactly when your device will lose its update guarantee. 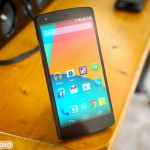 Maru OS was in private beta for the last few months. It’s now available to the public, assuming you have a Nexus 5. Maru OS operates like Microsoft’s Continuum feature in Windows 10. 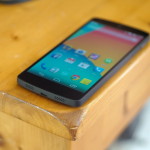 After mislabeling a Nexus 5 deal last week, Woot is now looking to make amends. Emails are being sent out offering customers 50% off their order, or a full refund plus $30 coupon code to use on a future purchase. 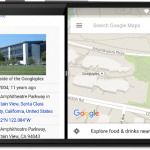 Excited for Android N’s new features and want to try it out? There are a couple of different routes you can go to getting the goods. The first is the traditional system image that you can flash onto your device, but there’s good reason to wait for a new option Google is debuting this year.

It’s a little late in the month compared to what we’re used to, but Google has dropped the March security update for Nexus devices. Find the downloads inside!
See All