The Motorola Sholes has suddenly become the talk of the Android world... and for good reason. Rumored to be launching on Verizon Wireless as soon as September with monstrous specs, the Sholes is Motorola's first Android device and its arrival on VZW is highly anticipated for the Big Red Faithful.

Not only that, but the Sholes looks the part of a super sexy smartphone as well: 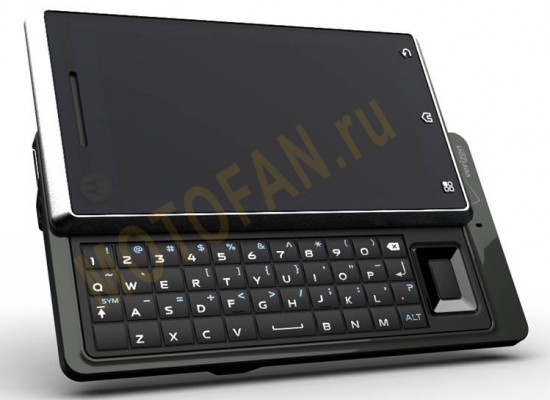 The Sholes doesn't just look good - those monstrous specs include a 3.7-inch touchscreen, 480x854 resolution, 5MP camera, 3.5mm headset jack, Wi-Fi, GPS and whole lot more. The question that remains is will Verizon gimp this phone in any/way/shape form like many are expecting?

Stay tuned to this Motorola Sholes page as we'll keep it up to date to reflect the most recent info/news/rumors!

Normally we don’t like to post news that we’re a little behind the power curve on – but this one seems worthy of a mention. Now we’re not saying this is anything more than a rumor but hey, we like to bring hope to the masses. So all you T-Mobile subscribers who’ve been droppin’ tears …

Verizon Motorola Droid Promotion Begins, It Does What iDoesn’t

The Verizon Wireless marketing department is playing this very, VERY well. Ever since the Motorola Sholes was rumored it has by FAR been the most discussed/desired Android Phone to date. There were little itty bitty leaks here and there but nothing official. Heck, Verizon and Google even announced a partnership, held up the phone to …

Someone has their hands on the Motorola Droid – what appears to be the official name of the much and long rumored Motorola Sholes, the very first Android Phone for Verizon Wireless. Check this video of the Moto Droid boot up video posted by BGR:I’m not quite ready to change that “Motorola Sholes” name in …

Well what do we have here? A whole HOARD of crazy Motorola Android rumors! Alan, a Phandroid commenter on another Sholes article, pointed us to an article on Dialaphone that claims to have dug up a Motorola “Comeback Roadmap” for Q4 2009 and Q1 2010:Holy crap! A Motorola Sholes Tablet?!?! Alright lets back up a …

What happens when a Verizon retailer needs to switch a customer’s information from one phone to another? They use a little gadget called CelleBrite. Of course you have to tell the gizmo what phone it’s coming from and what phone it’s going to in order for everything to work properly. And guess what option you …

Pretty much every knowledgeable Verizon customer is eagerly anticipating the announcement of the Motorola Sholes. We haven’t heard anything specific except a promise from Verizon/Google that something is coming, but the interwebz is working hard trying to dig up whatever dirt is possible. Take this for example: pictures of the Moto Sholes battery covers from …

When Eric Schmidt held up the Verizon HTC Hero at this morning’s big VZW/GOOG press conference we were unable to determine exactly what phone Lowell McAdam was holding. Not any more – it is definitely the Motorola Sholes/Tao/Droid:If you couldn’t tell, the picture was taken by the Associated Press and was sent in by our …

Motorola Droid/Sholes/Tao out on October 30th?

We would call this a rumor but seeing as BGR has gotten itself I nice screen cap of the calender, there is little left up to the imagination. Rather, we are left wondering whether “(Target 10/30)” will actually be met.So there you have it, if you are on Verizon and want an Android handset badly, …
See All