The Motorola Milestone is the equivilent to the US's Motorola Droid with some minor software changes. As the Droid has, the Motorola features some great specs including a solid feel chassy, 5 MP camera with auto-focus and geo-tagging, a responsive large 3.7" inch touch sensitive screen and full QWERTY keyboard. The Motorola Milestone originally comes with Android 2.0 -  in fact it's American brother from the same mother was the first handset to come with Android 2.0 and Google's innovative app ; Google Navigator which isn't available anywhere other than the US yet. However, in April of 2010 all Milestone handsets started to recieve the Android 2.1 update bringing other goodies such as Live wallpapers!

Ofcourse this beauty also features Wifi , bluetooth , GPS and a 3.5 mm audio jack to complete the package. The Moto Milestone is available from a number of carriers including Telus and O2 Gerany , but also available internationally sim-free and unlocked from retailers such as play.com & eXpansys.com!

Earlier in the week we saw the first batch of Motorola Milestones begin to receive Android 2.2 Froyo when the update went live in Europe. We also learned Canadian carrier TELUS would be bringing the same OS upgrade to their Milestone in the near future. We now have a more specific time frame in which …

Desire, Desire HD & Milestone to Get Gingerbread in Spring on Telus, More Androids Slated for Upgrades

The folks at MobileSyrup have pinged Telus and asked them what’s up with updates for various Android handsets. Of note were the HTC Desire and Desire HD: both are said to be getting Gingerbread sometime this Spring. (It wasn’t said if this would include the latest version of HTC Sense or not.)Other phones include the …

Attention all Motorola Milestone users in Europe: No longer must you be mocked by your American counterparts running around with Froyo on their DROID handsets, Motorola released the Android 2.2 update you have bee waiting for. If you are in a region supported by the update, you can grab it directly from Motorola’s support page. … 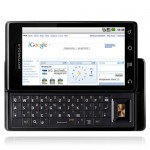 The Motorola Droid has had Froyo since the tail-end of the summer, just a couple months after it was formally unveiled at this past Google I/O. This is important to note because the Motorola Milestone, the Droid’s twin for those not on Verizon’s network, is still yet to receive the update to Android 2.2. So …

A Year Later, Canada’s MTS Gets the Motorola Milestone

The Motorola Milestone is the international name for the Motorola Droid, a handset that launched just about a year ago. Since then the sequel has debuted, and the sequels spin-off is about to drop in the from of the Droid 2 Global. So it makes perfect sense that now would be a great time for …

Looks like we’re moving closer and closer toward a release of Android 2.2 for those of you Milestone owners in Europe. It’s been a lengthy, drawn out process, but Motorola’s finally making progress and it seems you guys will be getting a nice gift heading into the holiday seasons.Hello. From next week we start user … 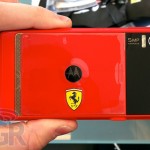 As if owning a Ferrari wasn’t enough of a status symbol, the company has tasked Motorola with a custom deco of the original Milestone to slide into pockets lined with one hundred dollar bills. The phone looks pretty delicious in Ferrari red, but if you are hoping to get your hands on it you might … 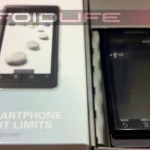 Alltel just got a second, though aging, Android handset to bolster their lineup which up until now only featured the HTC Hero. Just as reported, the Motorola Milestone has landed at Alltel stores bringing along the stock “Google Experience” and all the hardware that made the phone a huge success under the Motorola Droid branding. …

Motorola Milestone XT720 Gets an Update to Boost Processor Speed, Original Milestone Could Land on Alltel on 9/23

After some initial confusion around the launch of the Motorola Milestone XT720 it was said that a once 550MHz CPU would ship at a clock speed of 720MHz. Turns out when the phone’s got into the hands of consumers they were still sitting right at the original, lower speed. But Moto wants to make things …

The Motorola Milestone and HTC Desire seem to be quite the popular devices when it comes to regional carriers around the United States, and they continue their tour of the country by landing on Kentucky’s Bluegrass Cellular. You can even sign up to receive a coupon for a whopping $10 off the purchase of either …
See All