The Milestone series is best known for being the international flavor of Verizon's Droid line. As its name implies, the Milestone 3 is the third and latest iteration of the popular QWERTY-slider device. In an odd twist, the Milestone 3 was announced for release in China before its Droid 3 counterpart became official for the United States and VZW.

The handset features a dual-core 1GHz proccesor, a 4.0-inch display, and five-row QWERTY keyboard, all firsts for the Milestone line. This is the biggest and baddest to date. The Milestone 3 feature Motorola's custom user interface overlay with built-in enterprise functionality, making it a perfect device for business users as well those looking for a great messaging and social networking device. It is expected to come to more markets in the near future. 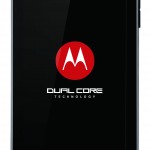 We normally don’t write about phones being released in China, but this one is obviously a special case. China Telecom is now set to carry the Motorola Milestone 3 sometime in the third quarter. You know what the American version of this phone is? Of course you do! It’s the Motorola DROID 3. And Verizon … 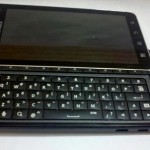 UK Retailer Clove Says No Motorola Milestone 3 for the UK

According to Clove, the Motorola Milestone 3, which we saw so gratuitously leaked earlier this week, will not make its way to the UK. The retailer chalks up the decision to the relative lack of popularity the Milestone 2 saw in the region, though it never featured that wide of a release to begin with. … 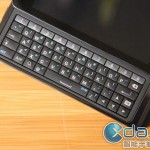 OK, so the phone snagged by Chinese site xda.cn and given an in-depth hands-on review isn’t exactly the Motorola Droid 3, but it’s the next best thing. The Motorola Milestone 3 — as with the Milestone and Milestone 2 — is for all intents and purposes the same phone that will get the Droid name …
See All