When the Motorola Droid Bionic was first announced at CES 2011, it featured a 4.3-inch qHD display, NVIDIA Tegra 2 dual-core processor clocked at 1GHz, and support for Verizon's 4G LTE high-speed network. After the handset was delayed, Motorola decided to revamp the Droid Bionic and overhaul its hardware.

The Droid Bionic is one formidable handset among a Verizon lineup packed with top-notch devices. 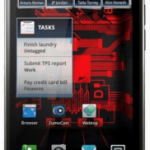 Video editing by Steve AlbrightThe Motorola Droid Bionic is Verizon’s first Android Phone to have both 4G LTE Connectivity and a dual core processor, immediately launching it into the elite smartphone realm. But with it’s delayed release – having first been announced in January and just launching in September – does it still carry enough …

Verizon’s update spree as of late has been a very refreshing change of pace, but some Motorola DROID Bionic users were beginning to feel like their devices might not ever receive the same love that the latest heavy hitters from the DROID line have. After all, the device’s botched launch and early documented issues didn’t … 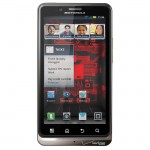 Reports are coming in that some Motorola Droid Bionic users are being tapped to begin testing the Verizon handset’s update to Jelly Bean. The news comes not long after Moto updated their Android upgrade portal to reflect a Q2 launch date for Android 4.1 for the device. It doesn’t sound like the test software has begun … 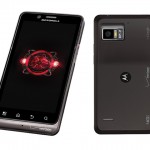 The Motorola DROID Bionic was one of Verizon’s most storied devices. It was on the wrong side of storied, however, as its history is a bit tainted. Even before launch, the device was being juggled about the offices of Motorola and Verizon, undergoing at least one major redesign and experiencing lengthy delays.The fun didn’t stop …

Members of the Motorola Feedback Network have started receiving an invitation to take part in an upcoming soak test for the Motorola Droid Bionic. The email is the standard one issued before any incoming software test, and therefor doesn’t provide any details in the slightest as to what the update will contain, but it’s safe … 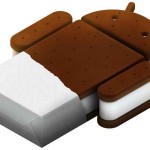 After promising to do right by Droid Bionic owners miffed that the planned Ice Cream Sandwich update for the handset will miss its initial Q3 deadline, Motorola has updated their Android upgrade timeline to give a better idea of when and if users can expect a new version of the OS for their phones. The …

Sadly, broken promises is something we have grown used to when it comes to Android updates. It is upsetting, but manufacturers have to know that great communication and customer service can sometimes do more than a timely update. We have to give props to Motorola for this one, as they are not beating around the … 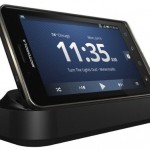 The Motorola DROID Bionic may have been put into a bad situation on Verizon but there are still a ton of people who like the phone. With uncertainty in regards to a Jelly Bean-filled future we’re sure many are willing to go along unofficial routes to get it. CyanogenMod 10, the AOSP ROM that everyone’s …

Android 4.0.4 ROM surfaces for Droid Bionic, can be flashed on stock devices

We still can’t be sure exactly when Ice Cream Sandwich will officially arrive for the Motorola Droid Bionic, but if a newly leaked build is any indication the day of reckoning could be coming soon. Discovered by P3Droid, the latest ROM is built around Android 4.0.4 and so far is running pretty smoothly for those …

After testing the waters by pushing the update early to about 20,000 users last week, Motorola and Verizon have commenced the rollout of software version 5.9.905 to all Droid Bionic owners. The minor update won’t bring the Bionic to Android 4.0, but it does address stability issues and improves the Bluetooth experience during phone calls …
See All