The Motorola BRAVO is one of seven new Motorola Android phones announced at CTIA 2010. It features a 3.7 inch touchscreen and is running Android with MOTOBLUR. An 800MHz processor sits inside to deliver decent performance, but it isn't enough coupled with MOTOBLUR - this thing won't knock your socks off.

It is a rare device from Motorola, though, as they don't often create devices with this size display anymore. Other than that, it's as ordinary as ordinary will get. It was released on November 14th, 2010 for AT&T. 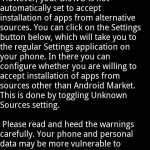 AT&T’s just about ready to let you folks get in on the Amazon Appstore fun. They’ve already introduced a phone that doesn’t restrict non-market applications – the Samsung Infuse 4G – and now they’re set to enable more phones. The Motorola Bravo has gained the much-needed functionality, but it didn’t come in the form of … 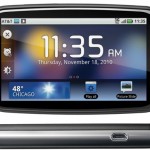 Motorola and AT&T are pushing out the upgrade to Android 2.2 for all Bravo users. We’ve been expecting it after word came in of Motorola looking for 1,000 testers to “guinea pig” the new update. Instructions and a list of features can be found at Moto’s spot here.

The time is almost here, Bravo owners – Froyo shall soon be yours. The sweet dessert was once delayed for the device but Motorola’s now opened the floodgates for 1,000 testers to get their hands on it. The catch? Just be willing to guinea pig software that may or may not turn your phone into … 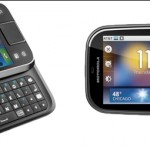 AT&T’s launched two of their latest MOTOBLUR phones, the Motorola Flipside and the Motorola Bravo, for $99.99 and $129.99 respectively. The Flipside, if you’ve forgotten, has a full slideout 4-row QWERTY keyboard, a touchpad for navigation, Android 2.1, and a 3.1 inch HVGA display. The Bravo does away with the keyboard but has a 3..7-inch … 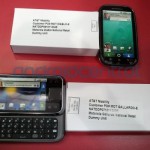 Motorola announced a trio of mid-range devices launching on AT&T back at CTIA: the Flipout, Flipside, and Bravo. The first has already landed in stores, and it looks like the wait won’t be long for the latter two. Dummy units of the Flipside and Bravo have started making their way to Costco stores for an …

Motorola Drops Off the BRAVO, FLIPSIDE, and FLIPOUT at AT&T

Ah, there you are little Motorola Flipout. And you brought along two friends! How nice. The phone that we almost left for dead has touched down at AT&T and it isn’t alone. Perhaps this was the reason for the delay? The two flanking Android handsets are the Motorola Bravo and Motorola Flipside, all carrying specs …
See All