The Meizu MX is the company's latest Android handset that combines style and function. It mimicks popular devices such as the iPhone 4 and Samsung Galaxy S while adding a heavy layer of customization on top of Android. It won't be skimpy as far as specs go, either, with 16GB of internal storage, 1GB of RAM, a 1 GHz processor, and a display with 188 pixels per inch.

Meizu has announced intentions to release the MX as their first handset available in the United States, though no release window tags along just yet - nor does any information on carriers and pricing - but keep a close eye on it as it's sure to be quite the doozy once it finally does launch. 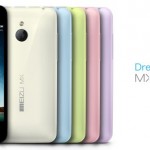 Meizu has an update to their MX flagship slated for release in China and Hong Kong this summer. The Meizu MX Quad-core will utilize a Samsung Exynos chipset. As the phone’s name suggests it will be the new quad-core Exynos platform that Samsung should also be deploying in their upcoming Galaxy S III flagship, only … 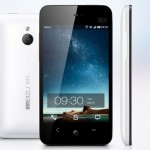 Rock the MEIZU MX or the M9? Then we got good news for you, people, the public beta for the ICS firmware is now a go, after a little over a month of private testing. You can get more info from the press release attached at the bottom of the post.It’s really good to see … 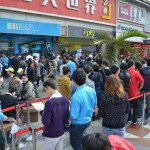 Meizu’s lineup of Android phones is a pretty big deal in China, and while not drawing the same crowds as the M9, the newly released Meizu MX still saw quite the turnout for its New Year’s Day launch. The smaller mob can be attributed to tighter local security and Meizu’s own efforts to cut down …

While many Android tablets are soon to be offered with quad-core configurations (including the already-available ASUS Transformer Prime), we’re still wondering if and when handsets will get over the dual-core hump. Meizu is the first to make public plans to release a quad-core device. It will be an upgraded version of their beautiful Meizu MX.Other …

It’s been a long time coming but the Meizu MX has finally been unveiled in China. If you haven’t been following along, the Meizu’s follow up to the M9 — the MX — will come in both dual-core and quad-core varieties, with the former launching on January 1st for $470.Specs are this device’s claim to … 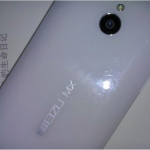 The Meizu MX has been a phone of great interest us even if we’re almost positive we won’t be seeing it outside of China or Asia. The MX is the follow up to the popular Android-based M9 that watered the mouths of many.While many see Meizu as an iOS and iPhone-copying OEM, we can’t help … 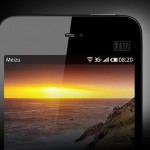 On schedule for that early launch we told you guys about back in June, details on the Meizu MX are finally leaking out. What we’re hearing is this device will launch, as previously reported, later this month with a 4.3-inch qHD screen and a quad-core Cortex A9 processor (I just got goosebumps). The device will … 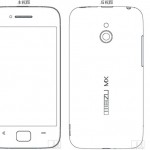 Meizu’s MX Coming at the End of the September in Multiple-Core Flavors, Says CEO

Despite all of the cheap knockoffs coming from China, they still do have a few companies who produce gems of phones and tablets. One such company is Meizu, one I’m sure many of you are familiar with. The next device in their lineup – the MX (10) – is Android based, if you didn’t know, … 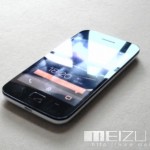 Meizu MX May Ship As Early As This September – Ahead of Schedule?

It’s the best phone you’ve most likely never heard of. China’s very own, Meizu MX. What’s so special about it? Well, besides the companies large following in its homeland of China and the uber sexy custom UI, the phone features an unrivaled 4-inch 640×960 resolution display, dual-core ARM Cortex A9 processor, 1GB of RAM, 16GB … 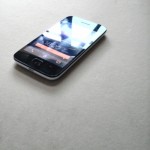 Meizu is one of those companies who aren’t well know but makes some great hardware. (And software, for that matter.) I was blown away by their Android-running M9 when it was first unveiled and I still hate the fact that I can’t get one for myself.The folks at Meizu are looking to unveil a sequel …
See All