The LG Vortex was released in November 2010 and was a staple addition to Verizon's budget lineup following a relatively successful LG Ally. The Vortex is nearly identical to the Optimus One it's based off of, with a slight variation in color and build. It has the same custom overlay made by LG, and Verizon has also sprinkled their own applications into the mix.

Like the others, it has a 3.2 inch HVGA display, a 3 megapixel camera, a 600MHz processor, and more. Verizon's version comes with a 2GB microSD card preinstalled but can handle up to 32GB. It debuted at $180 but can usually be found much cheaper than that these days. 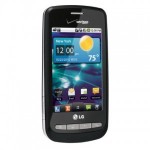 Verizon Clearing Out Stock on Pair of Low-Cost LG Androids

The high-end LG Revolution is still a fresh face in Verizon’s lineup, but a couple of lower-end Android handsets from the manufacturer look to be making their exit from Big Red. You know the saying. Out with the old, in with the new. According to sources speaking with PhoneArena, VZW is clearing out stock on …

Can you feel the excitement curdling in your blood for Black Friday? I sure can’t, but if you are the type who loves subjecting yourself to masochistic holiday shopping it’s only fair to let you in on all the deals. The latest list of holiday specials comes from Verizon who will be offering many an … 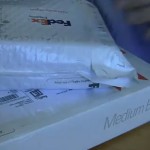 It feels like Christmas! I can’t believe these packages were sitting on my desk for more than 5 minutes before I ripped them open. Definitely 3 android devices that will get their fair share of lovin’ this holiday season, watch as I unbox the LG Vortex (Verizon), Motorola Droid Pro (Verizon), and Samsung Galaxy Tab … 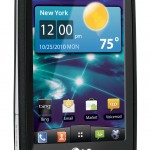 Verizon has issued a press release announcing the availability of the LG Vortex, an entry-level Android 2.2 device. The phone will hit VZW’s shelves come November 18th and will be available at a price of of $79.99 on a two-year agreement after a $100 mail-in rebate. It’s not as free as was rumored, but there … 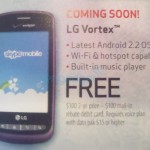 LG Vortex for Verizon Will Be Free on Contract

While the LG Optimus S and Optomus T are bringing low-cost Android to T-Mobile and Sprint, their sub-$50 price tags can’t shake a stick at the pricing of their Verizon counterpart. The LG Vortex, a phone that will be launching in the next couple weeks, will cost you a big fat nothing after a $100 … 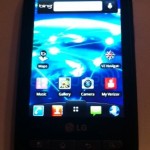 A new comparison chart from Verizon has leaked out (who’s surprised anymore?) showing one LG Vortex alongside a collection of Android-based phones from other carriers. We don’t care about those because we already know what their deals are. We do care about the details that the Vortex’s column barfs up, though, because information on this … 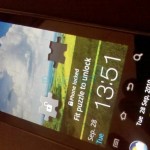 If you thought the four devices landing on Verizon on November 11th held enough Android to hold you over for the foreseeable future, then I hope you can handle two more handsets that have just been pegged with a street date two weeks earlier. While the Samsung Continuum with it’s interesting dual-screen design and the …

Another shot of the LG Vortex for Verizon has eeked out again, but this time we’ve got a nice shot of the device’s homescreen. As we expected, Bing seems to be the device’s search and maps service of choice (though you can “fix” this using the Android market, if you want.) It’ll supposedly be shipping … 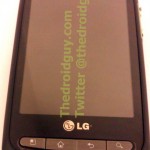 LG Vortex is the LG Optimus One for Verizon?

A new Verizon phone has just showed its face and it looks to be LG-donned. The button configuration doesn’t immediately tell us this is simply an “Optimus One for Verizon,” but it’s not uncommon to see a phone’s externals get shuffled around a bit for release in another region. The name of the device will …
See All