The Optimus T sports a 3.2 inch touchscreen, 170 MB of internal memory, and 600MHz proccessor. It also is capable of placing calls over an internet connection thanks to T-Mobile's WiFi Calling feature. The phone strives to deliver a rounded Android experience at one of the lowest price points in T-Mobile's lineup. 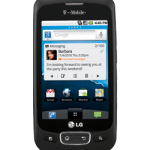 No Contract T-Mobile Optimus T for $175

I have a friend named Travis. He’s afraid of commitment but he also demands the most bang for his buck. Well, I have some good news for him and others like him. According to this screenshot, it appears as if the T-Mobile Optimus T will be available this week for $175 without a contract.Whenever I … 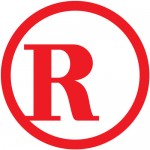 RadioShack Offering a Trio of Uninspiring Phones for Free

RadioShack has been one carrier retail throughout the holiday madness we’ve endured from the carriers and the bigger guys. Still, they have a few offers and it would be wrong to leave them out: the LG Optimus T, the Sanyo Zio on Sprint, and the Motorola Flipside on AT&T are free on two-year contracts with …

LG’s just released the source code for their Optimus T, T-Mobile’s version of the Optimus One. Developers are going to be the only crop of folks who’ll find this bit of news interesting, so if you fit that bill, be sure to select LGP509TN from the “mobile phones” section to get started. Those who own …

Beginning this Friday (Black Friday for those that are counting) T-Mobile will be offering up a buy one get one free deal on select featured and “affordable” Android smartphone. New and existing subscribers who sign up for a family plan on a two-year contract and purchase the T-Mobile myTouch 4G, T-Mobile G2, or Samsung Galaxy …

RadioShack Giving Away Some Android

Through November ninth, RadioShack is giving away three Android devices on a two year contract. HTC Aria (AT&T) LG Optimus S (Sprint) LG Optimus T (T-Mobile) The Shack claims you must “like” them on FaceBook for these deals but you can already get the Optimus T and the Aria for free online.[via Talk Android | …

It’s quite easy to overlook these three phones considering the MyTouch 4G launched on the same day, but don’t forget that the LG Optimus T, the Motorola Defy, and the T-Mobile Comet are all available from Magenta starting today.The Comet is free on a two-year contract or $200 if you’d rather not deal with that. … 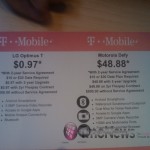 While it may not pack the same punch as other Android handsets, I’m betting that the LG Optimus Q does a lot more than most other 97 cent purchases. Walmart has the phone at that price for new and existing T-Mobile subscribers eligible for upgrades and new two-year contracts. But as the retail giant is … 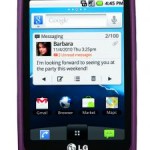 T-Mobile’s finally priced and dated their LG Optimus T – the equivalent to Sprint’s LG Optimus S that we got our hands on not too long ago. According to their Facebook page, you’ll be able to grab the low-end Android up for $29.99 on November 3rd. (That’s $20 cheaper than the Sprint version.) And for … 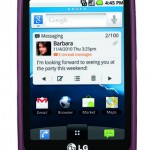 T-Mobile’s announcing that they’ll be carrying the budget-priced LG Optimus T to bring a middle-of-the-road Android experience for a very affordable price. It comes with a 3.2-inch touchscreen with Swype, a 3.2-megapixel camera with video recording capabilities, and Android 2.2. From the looks of things it’s almost the exact same device as the LG Optimus …

Accessories wouldn’t make their way to a retailer for a product that doesn’t exist, so we can reasonably assume that the LG Optimus T, Moto Jordan and Moto Begonia are all T-Mobile bound. The previously unmentioned Dell Claire and Comet are also on the VIP list, but we can’t be sure what operating system they …
See All