The LG Optimus One is yet another solid mid range phone by LG. It sports a 3.2 ich capacitive touchscreen and Android 2.2. It's extremely affordable for the type of performance it dishes out. Even without the best of specs, it can go toe-to-toe with any mid-range handset and even some so-called high-end handsets.

It was the initial phone in the "One" series that took the globe by storm, making appearances in one form or another on many major carriers. The specs are modest with its 600MHz processor, Adreno 200 GPU and 512MB of RAM. It's quickly gained a reputation, is very popular with the rooting crowd, and has probably been the best thing that could happen to LG's smartphone efforts as its affordability helped them break into a new market. 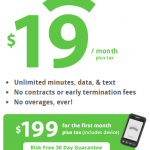 Republic Wireless introduced their unique WiFi-driven network earlier this month and the first group of beta testers have begun receiving their devices. One tester was kind enough to put up a video unboxing and quick look at the device (which is an LG Optimus S, if you aren’t aware).The device is identical to the Optimus …

A new cellular network has launched. Named Republic Wireless, the service will generate loads of interest from its monthly cost alone – $19 per month. For that, you’re getting unlimited texts, calls and data. What’s more? No overages. Do they have your attention yet?Even more interesting is the first phone they’re set to offer. It’s … 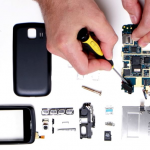 Republic Wireless Wants To Give You Unlimited Talk, Text and Data for $20 – Will You Bite?

When it comes to your smartphone, some people may find it worthwhile to sacrifice specs/features for a lower monthly bill on a cheaper carrier. If you’re sick of paying upwards to $100 to keep your Android powered device connected then you may want to take a look at Republic Wireless. These guys are looking to … 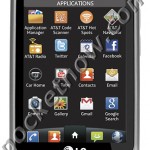 New Shots Emerge of AT&T’s Optimus One (LG Optimus A?)

AT&T is just about the last carrier to jump on the LG Optimus One bandwagon – every major and notable US carrier has one. That doesn’t mean they won’t be bringing one, though, and new press shots of the device suggest it could be making its way to the forefront before too long.It more closely … 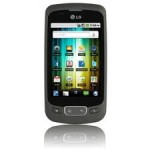 It’s a good thing LG announced yesterday that Gingerbread would be coming to the LG Optimus One, otherwise they’d be dealing with what is now just over 2 million owners of the handset inevitably complaining about their outdated OS version. That’s right. LG has just given word that the 2 millionth Optimus One handset has …

LG Optimus One WILL Get Gingerbread, After All

Someone over in LG’s public relations department must be having a bad day. After a posting to their Facebook page causing a nasty rumor about Gingerbread minimum processor requirements was quickly dispelled by the Android Team, LG has issued both a clarification and an additional promise that the LG Optimus One (the phone at the … 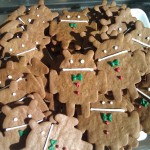 There could be bad news on the Horizon for anyone owning a lower-tier handset or an older high-end phone like the Motorola Droid. When questions by Droid Dog‘s Alberto Vildosola about the chances of the LG Optimus line of phones receiving Android 2.3, the LG representative in charge of their Facebook fan page responded that … 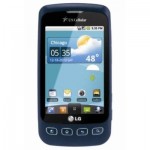 LG Optimus U Launching at US Cellular December 13

Continuing to run shop on mid-range and entry-level Android devices, the LG Optimus One is slated to hit yet another carrier: US Cellular. Sticking with the trend bucked only by Verizon when they branded the Optimus One the LG Vortex, the phone will known as the Optimus U when it hits US Cellular on December … 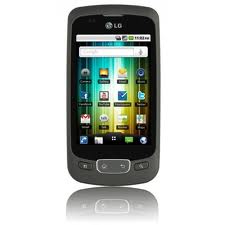 Not only was LG kind enough to send us a review unit of their LG Optimus One – a phone that has been crushing it in terms of sales figures – but they also wrapped it up in a cute little holiday box. And what a treat I’m expecting when I conduct the full review.After …

LG’s proven that an affordable Android handset can still attract a lot of folks as they’ve announced that they’ve sold over 1 million phones from their Optimus One line of products. While it’s not the most impressive phone by any means, the Optimus One is a fantastic option for folks who don’t have the coin …
See All