The LG LS970 (or LG G) is a rumored device with specs to compete against flagship devices like the Samsung Galaxy S3 and the HTC One X. It is said to pack a 4.7-inch HD display, LTE compatibility, a 1.5 GHz quad-core processor and Android 4.0.

Not much else is known, other than the fact that it should be coming to Sprint during Q4 2012. 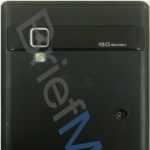 The leak streak continues on Sprint and no — it’s not another mid-to-entry level device. This time, we have the LG LS970 making it’s way to the Now Network in the coming months and boasts the highest specs we’ve seen on a device to date. The boys over at Brief Mobile were able to get … 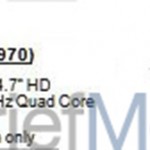 What we have here is our first look at the “G” from LG, a handset said to be destined for Sprint’s airwaves. But it’s not just any old G, the LG LS970 is a quad-core powerhouse with a 4.7-inch HD display and Ice Cream Sandwich. It is even said to couple LTE connectivity with its …
See All