Huawei has long been known for their low to mid-range Android offerings, but the Vision offers a fresh look for the manufacturer's handset lineup. With 3.7-inch display, 5MP autofocus camera with LED flash and 720p video recording, and a 1GHz Snapdragon MSM 8255 CPU, the Huawei Vision is ready to run with the big boys. The phone fills out its sleek unibody frame in a way that could give HTC a run for their money.

The Vision, which also features 512MB of RAM and 2GB of internal storage, isn't the most powerful Android 2.3 phone on the market, but offers a respectable option for those not seeking a dual-core processor among other niceties. The 9.9mm thick Vision gets a custom "3D carousel" interface, though it doesn't feature any sort of 3D display technology. 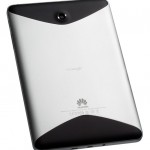 The Huawei MediaPad, which will launch in the US as the T-Mobile SpringBoard, is headed to the UK. The manufacturer confirmed as much, pointing to a release in early 2012. The 7-inch tablet was one of the first to give us a glimpse at Honeycomb (specifically Android 3.2) tailored for a slightly smaller screen, though … 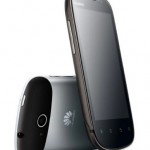 Huawei has long been known as the maker of low to mid-range handsets designed more for their budget price than anything else. While we can’t speak on the pricing aspect (it isn’t known at this point), the Huawei Vision looks to buck that trend. The upcoming handset will feature a 3.7-inch display, 5MP autofocus camera …
See All