The Huawei IDEOS X6 is one of two newly announced Android devices from Huawei. It is the higher end of the two devices sporting a 4.1 inch capacitive touchscreen, 1Ghz processor, and Android 2.2. We've seen this thing spotted at T-Mobile before, but nothing ever came of its approval. Hauwei has yet to mention any solid release date. Previous murmurs have pegged it for May 2011, but that has since passed.

Thought the Ideos X5 at CES was impressive? We would have loved to have seen the X6 right next to it, but it wasn’t ready in time for FCC clearance. It’s finally hit those suckers, though, and judging by its looks, it won’t be a stinker – that would make two impressive Huawei devices in …

This holiday season, a few main tablets stole the spotlight: the Apple iPad, Samsung Galaxy Tab, NOOKcolor, Kindle of course… what else was widely available and heavily promoted? Call me out-of-the-know, but visiting the Huawei booth at CES I was given a tour of pretty much all their Android devices, and was quite surprised to … 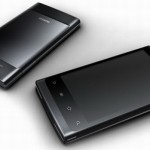 Back in October we talked about the Ideos X5 and X6; everything then was an official rumor. A few days back, Huawei made the official announcement in Australia. Both phones will launch with Android 2.2, nothing mentioned or official on 2.3.Part of the press release: “More than half of all Australians are already using Huawei‟s … 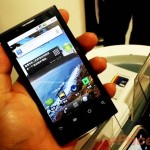 Huawei stepped up in a big way with the release of the Ideos, an Android 2.2 handset that marked a turn to higher device quality while still maintaining the affordable pricing the manufacturer is known for. Now it appears Huawei is ready to complete the transition with two devices that aren’t aimed at being low-end …
See All