Cincinnati Bell's first 4G handset is also one of Huawei's most feature-packed. The Huawei Ascend X 4G takes low-cost Android to another level with a 1GHz CPU, 5MP camera, and 4.1-inch display. You also get a front-facing camera, HDMI-out, and HSPA+ connectivity with download speeds topping out at 14.4Mbps.

Priced affordably, the Ascend X 4G doubles down on bringing a complete Android experience and next-gen network speeds to consumers not wishing to pay an arm and a leg for their next smartphone. 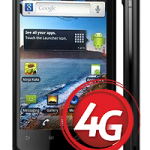 One of the nation’s smaller carriers just announced a bump up in data speeds as Cincinnati Bell has introduced their new HSPA+ network. To go along with their new network speeds the carrier is also introducing their first 4G phone, the Huawei Ascend X 4G. The Ascend X 4G rocks a 1GHz processor, 5MP camera, …
See All