The Huawei Ascend P1 S was announced as the world's slimmest smartphone at CES 2012, coming in at 6.68mm thick/thin. With a 1.5GHz processor, 4.3-inch Super AMOLED screen, 8MP camera, and 1.3MP front-facing camera capable of 1080p HD video, the Ascend offers a solid set of features.

On launch, the Ascend P1 S comes with Android 4.0, and is the first Huawei device to offer this version of Android on a smartphone. 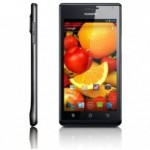 There were plenty of companies parading around super slim handsets at CES, including Alcatel, whose One Touch Idol Ultra was declared the thinnest smartphone in the world. The Ultra Idol measures in at 6.45mm, but Huawei’s Richard Yu is promising we will see an even thinner device at Mobile World Congress.Naturally, the phone will be … 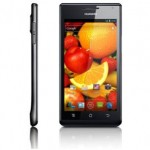 Huawei surprised us with their incredibly thin Ascend P1 S, which debuted at CES in early January. The phone manages to pack high-end specs including a 1.5GHz dual-core processor and 8MP camera into a case that measures just 6.68mm thick. Despite a rather light 1800mAh battery, it’s the most impressive offering we have seen from …

Huawei’s announcement of the uber-thin Ascend P1 S at CES wasn’t a fluke, according to remarks by device chairman Richard Yu. Speaking to TWICE, Wu revealed that Huawei will be introducing a “Diamond” series of smartphones at Mobile World Congress, devices that will surpass the hardware power of the Ascend P1 S. The news comes … 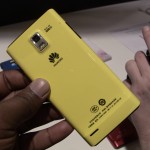 Note: The P1 is almost identical to the P1S except it’s a bit thicker at 7.69mm and has a weaker capacity battery at 1670mAh.The folks at Huawei were on hand at CES 2012 in Las Vegas to introduce to us the ultra slim and beautiful Huawei P1 and P1s. They’re the latest in a line …

The battle for World’s Thinnest Smartphone continues, this time with Huawei announcing the Ascend P1 S and claiming that it bests every other smartphone in the world in belt size (6.68mm). For how long will it hold the title? We don’t know… it’d be lucky to survive the rest of CES at this rate, but …
See All