The HTC Thunderbolt is the first ever 4G phone on Verizon Wireless. The name is no surprise... you can expect the Thunderbolt to have lightning speeds as the carrier ushers in a new era of mobile power.

While 4G speeds on a Verizon Android Phone are impressive alone, the Thundbolt boasts a load of other awesome specs including a 4.3-inch screen, 8MP camera, 3.5mm headset jack, FM Radio, 8GB of internal memory, and a 1GHz processor running Android 2.2.

You'll likely have your phone a couple years so Verizon customers should plan for the future and get a 4G LTE capable device. Those who call the HTC Thunderbolt their new device won't likely regret it any time soon. 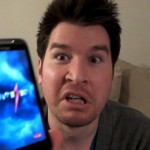 Hello, Phandroids. I’ve had the Thunderbolt in my possession since its release a few weeks ago and I’ve been itching to do a review on it. I didn’t want to cover too much of the technical specs of the phone seeing how you can find those anywhere online. I really wanted to give my own … 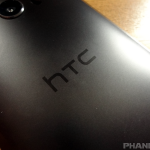 Is HTC working on a successor to the HTC Thunderbolt?

A new trademark filed by HTC suggests that there may be a return of the Thunderbolt lineup but with a new name dubbed the “HTC Bolt”.

HTC employee: “sorry about the Thunderbolt”

The HTC Thunderbolt was a very exciting phone back when it first launched, but that excitement fizzled when putrid battery life and other experience-breaking bugs began to rear their ugly faces. Now, an HTC employee wants to apologize for it all.

It’s been a long time coming, folks, but Verizon’s eldest 4G LTE phone is finally receiving a healthy helping of Android 4.0 Ice Cream Sandwich. Signs of the update’s arrival have graced several corners of the interwebz for months in the form of leaked ROMs, but without word from Verizon or HTC we were beginning …

This is probably the last thing I’d have ever expected to see in the news wire today. The HTC Thunderbolt is coming up on its two-year anniversary, and we figured the device had simply been abandoned by Verizon. It was the first 4G LTE phone, sure, but its launch was plagued by poor battery life … 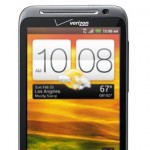 HTC Thunderbolt owners hoping for an Ice Cream Sandwich treat to relieve the dog days of summer were sorely disappointed when the update missed its targeted August release date. Even worse, it seemed all signs were pointing towards a future without Android 4.0 for the aging Verizon handset. But wait just a minute, HTC has …

While the HTC Thunberbolt may be getting the unfortunate shaft when it comes to an official Ice Cream Sandwich upgrade, the development community always has your back.LiquidSmooth ICS, an AOSP-based ROM with a lot of great tweaks, customization and features, has finally been made available for Verizon’s first 4G LTE device.This is being called a … 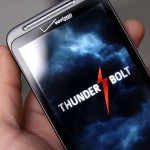 HTC Thunderbolt users must have been pretty ecstatic upon finding out the first Verizon 4G LTE phone would get a taste of Ice Cream Sandwich (Android 4.0) by the end of August. Such excitement quickly started fading as we started reaching the end of the month, though. And doubt turned into anger when the month … 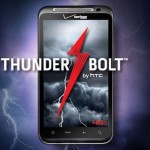 HTC Thunderbolt users are in for a treat today after a leaked official build of their upcoming Ice Cream Sandwich update was leaked onto Team BAMF’s forums. Build number 7.00.605.2 takes the Thunderbolt’s firmware up to Android 4.0.3 and brings Sense 3.6 along for the ride.This is a completely stock ROM with a little root …

HTC originally promised Ice Cream Sandwich would be going out to the HTC Thunderbolt months ago, but things have been a bit quiet since then.Verizon customers were getting worried that it might have received HTC Desire HD treatment (in that HTC would eventually go back on their plans to release Ice Cream Sandwich for the …
See All