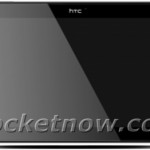 HTC Quattro Not Coming Until March 2012?

Another day, another rumored tablet. Another new rumored HTC device, period. This time we’re being treated to an early look at the HTC Quattro, a 10.1 inch tablet rumored to have NVIDIA’s quad-core Tegra 3 processor inside.Alongside all that juice there will be 1GB of RAM, Bluetooth 4.0, 5GHz WiFi N, 16GB of internal storage, …
See All