For tech lovers dreaming of a magical phone, HTC's 3rd Android Phone - the HTC Hero - seems poised to rescue the masses from mobile phone boredom. The design is a more sleek, sexy version of the HTC Dream and HTC Magic and both hardware and software pack several powerful perks over previous Android Phones.

In addition to a bright and vibrant touchscreen the HTC Hero is graced with a 3.5mm headphone jack that music lovers will undoubtedly appreciate and a 5MP camera for picture lovers. And then there is HTC Sense.

The HTC Hero was officially announced in London, England on June 24th, 2009 to immediate excitement on a design, hardware and software level. As the first phone featuring HTC Sense for Android, it is sure to be a sensational success that all types of mobile users will enjoy!

If you’ve got a Sprint HTC Hero and are experiencing ridiculously pitiful battery life you are not alone – an extremely irritating flaw has been identified and the community has banded together to find a fix in hopes you don’t chuck your phone against a wall. An AndroidForums member known as flipz was first to …

Welcome to our complete review of the Sprint HTC Hero. I totally, 100% agree – as most sources have already noted – that Sprint’s version of the HTC Hero is for the most part the exact same phone as the original HTC Hero that launched in Europe a couple months ago. We did an extensive … 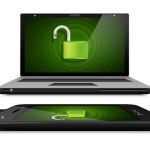 HTCDev Unlocks The Bootloaders For A Couple Of Oldies But Goodies – Hero, Legend, Eris, Mytouch 3G & 4G Make The Cut

While we have no word which HTC Hero handsets will receive it, an update is currently going out bringing the phone’s firmware version to 3.36.405.1. The update won’t provide any major changes to your Hero’s software, but rather does some maintenance on the built-in Twitter application Peep.The update is a small 6MB file and shouldn’t …

The HTC Hero has been a real trooper, quietly thumbing its way along as an Android workhorse for so many. Alright, let’s forget the whole Android 2.1 debacle and think of the good times with the now aging handset. For users on Sprint it looks like another maintenance update is available for your handset, bringing …

Cox – the cable and internet provider that everyone loves to love (and some love to hate, too) – has just launched their small, yet respectable, cellular phone service in three markets – Orange County, CA, Omaha, NB, and Hampton Roads, VA – and they bring with them two Android phones to start with: the …

TELUS isn’t skimping on the firmware updates today with new Android software going out to both the HTC Desire and HTC Hero. Let’s start with the Hero, a phone that has has a long path to Android 2.1, and while most carriers around the world have made the update available at this point, some owners …

We knew we’d be seeing this day eventually, and now the aging HTC Hero is slowly finding itself less and less at home in a handset market that has grown exponentially since its initial launch back in 2009. TELUS picked up the handset in November and now just about a year later they have officially …

Everyone has gone update happy this week, so update happy that even the HTC Hero for Sprint is getting in on the action with a bump up to firmware version 2.31.651.7. The update fixes issues with the phone dialer and GPS, but we are afraid that this may be getting to the end of the …

Cellular South’s HTC Hero is Back in Black

Forgive my reference to AC/DC there, but Cellular South has released a black version of their HTC Hero – essentially the same Hero we saw the more popular carrier Sprint release back in 2009. There’s nothing terribly different about it: the back and sides of the device are now nearly pitch black instead of the …

Those of you on Three with the HTC Hero have been waiting for Android 2.1 for a good chunk of time, but it seems we’re finally about to see them deliver. an HTC Spokesman said on Three’s blog that the upgrade has been fully tested and approved. The only thing left to do is to …

We reported yesterday that some folks with the HTC Hero through Orange were already receiving the first half of the two-part Android 2.1 update, and now it looks like the actual 2.1 part of that update could be rolling out as early as next week. Orange issued the following official statement on the matter:“We apologise …
See All