Whether the HTC Dream or the T-Mobile G1 was the first Android Phone is a debate that would run Socrates in circles: essentially they are the same exact phone.

When rumors surfaced of the first ever Android Phone, the internal codename given the device by HTC was the HTC Dream. The name stuck for quite awhile, until that is, T-Mobile officially announced the launch of the world's first Android Phone - the T-Mobile G1. They took the HTC phone and gave it their own brand.

However, the name HTC Dream wouldn't lay dormant for long. As loads of international carriers jumped at the opportunity to carry the phone, the couldn't use the proprietary T-Mobile G1 name for obvious reasons. So wherever the world's first Android Phone launched on any carrier besides T-Mobile, it carried the HTC Dream name.

While the Dream and G1 are the exact same phone from a specs standpoint, except for the necessary frequency/technology to operate locally, the T-Mobile logo is obviously swapped out for an HTC Logo... or the logo of whichever carrier you find it: 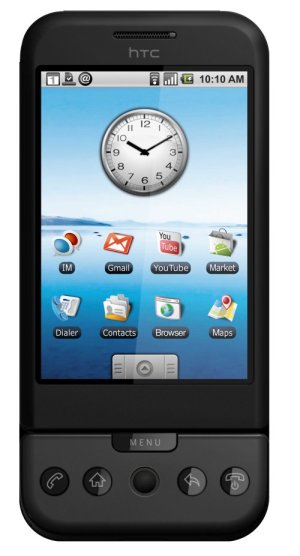 The HTC Dream has an incredibly functional Full QWERTY keyboard that slides out horizontally. Its usability is exceptional for heavy emailers and texters. It comes packed with a 3.2MP camera and can hold up to 32GB of memory externally.

For Android fans who love hardware keyboards, the HTC Dream sets a pretty high bar and the device only improves as the Android OS and Android Market get better and better each day. 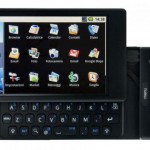 Are we dreaming? Did you really think I wouldn’t make some sort of cheesy pun on the name of the latest device to get an official bootloader unlock from HTC?  Yes, you might need to go an an archaeological expedition to find the handset but if you do you can head over to the HTCDev …

It was once believed that the T-Mobile G1 (aka Android Dev Phone 1 in the developer circuit and HTC Dream in other parts of the world) could never die: it was, after all, the first Android device ever created that brought about a ridiculous amount of support from nearly every major player in every part …

Before you read the rest of this post, watch the video: the music will make you happy. Anyway, Android-France has a video showing an unofficial port of Froyo on the HTC Magic. We knew the XDA scene was hard at work on SDK image-based ports for the Magic/T-Mobile MyTouch 3G already (as well as the T-Mobile …

HTC Dream users have been reporting that those who have not updated to the most recent mandatory upgrade have had their phone services cut off. Apparently, those with the old OS attempting to make a call are automatically rerouted to Rogers Customer Service and asked to apply the update. Once applied and updated, Rogers Customer …

The folks at Rogers haven’t been enjoying a smooth sailing Android experience thus far: first they say the G1 can’t be upgraded past Android 1.5, then they offer Dream users an HTC Magic as a replacement, then they pulled the Dream off the shelves due to an Emergency 911 contact security flaw, and now they’re …

Rogers Confirms Magic To Get 2.1, Dream Users Are To Dream On

Mjschmidt from our forums and BGR both are reporting that Rogers has confirmed a 2.1 update coming to the HTC Magic. This is a slight u-turn considering not too long ago Rogers had said it was to stay at 1.5.Apparently in the next few weeks the Dream and Magic are both going to see a …

What Android Phone Browses The Web Most?

The company that Google has announced it is acquiring, Admob, just released their October 2009 Metrics Report which takes a look at mobile phone analytics and market share figures. Although they announced that Android Phones now account for a whopping 20% of mobile web traffic from smartphones, a November 18th report takes a closer look …

If you’re a Canadian with the HTC Dream or HTC Magic and Rogers’ mobile service you’re going to want to do as we say. Head on over the HTC support page for your given phone – Dream here and the Magic here – and download the updates provided. The update includes several key enhancements that …

We’ve known since the beginning of this month that the HTC Dream and HTC Magic were headed to Canadians via Rogers on June 2nd. But once you go Android, you never go back, so the day before the Dream and Magic launch in Canada, Rogers is having somewhat of a Bachelor/Bachelorette party.Actually, “Treasure Hunt” probably …