The Dell Venue is also known as the long rumored Dell Thunder. It's rockin' a 4.1 inch touchscreen, Android 2.2, and a 1Ghz processor. The phone comes in both AT&T and T-Mobile flavors in the United States, but neither carrier has elected to subsidize it.

Other specs include an 8 megapixel camera, 1GB of internal storage, 512MB of RAM, and more. The Venue launched with Froyo, but it's highly unlikely that it'll go any further than that. 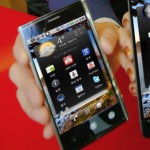 How to Root the Dell Venue

We still have yet to hear of this thing outside of India and South Korea, but the Dell Venue has been rooted. We’re sure a good chunk of our reader base doesn’t have this phone, but for the sake of anticipation, we’ll inform you guys anyway. A quick download of the drivers needed and a … 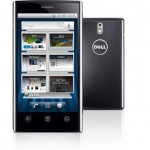 The Dell Venue hasn’t been the most exciting device to follow, but it’s actually a nice-looking device that could attract a few eyes sitting on store shelves. Dell’s just put the thing up for order for $500 unlocked.Dell’s letting customers choose between versions with AT&T or T-Mobile’s 3G bands, so even if you live in …

How to Root the Dell Venue

We still have yet to hear of this thing outside of India and South Korea, but the Dell Venue has been rooted. We’re sure a good chunk of our reader base doesn’t have this phone, but for the sake of anticipation, we’ll inform you guys anyway. A quick download of the drivers needed and a … 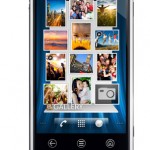 Dell India’s website is now showcasing the Android powered Venue, claiming it to be “your own personal express lane to everything”. This 4.1″ display and FroYo powered device invokes the feeling “what else ya got?”, and doesn’t play to the wow factor. That’s not to say this device doesn’t have the specs we can expect …

KT out in South Korea has outed the Dell Venue – an Android version of the Windows-running Venue Pro. When rumors first began to swirl about the device, we’d heard it’d be getting a full-portrait QWERTY keyboard to somewhat match its older brother, but that seems to have been ditched. Instead, expect a 4.1-inch AMOLED … 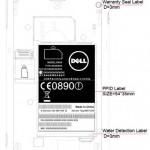 The last time we saw the Dell Venue (used to be Dell Thunder) hanging around the FCC it was poised for an AT&T release with a WCDMA Band II / V radio on board. That version could also find a home on the major three Canadian carriers Rogers, Bell, and Telus. But T-Mobile may get … 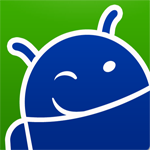 Dell Venue Passes the FCC, Thunder by Another Name